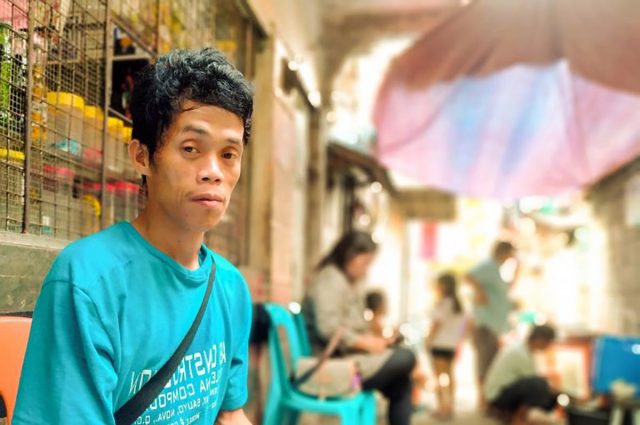 Amid the fast-spreading COVID-19 which has at least reached 33 cases as of today, the Philippine government seems stuck at a slow-moving pace in monitoring the outbreak.

Despite his declaration of a state of public health emergency in the country, President Rodrigo Duterte is not convinced by public pressures to call for a regional lockdown, and even managed to joke about possibly having the virus as he spoke on national television last night.

According to the World Health Organization, the new respiratory disease has left 3,800 dead and affected 110,000 worldwide.

Following the Department of Health’s confirmation of the local transmissions of the coronavirus disease, several cities in Metro Manila have suspended classes in all levels in both public and private schools for the whole week. DOH also advised people to refrain from attending large events and massive crowds as precautionary measures against disease infection. The health department also advised Filipinos to practice self-protection measures such as frequent washing of hands and drinking of water to maintain a strong immune system.

These safety measures may be as easy as one-two-three for an average citizen. For an urban poor like Jonathan Manesia, however, personal hygiene and social distancing entail added costs and loss of livelihood.

Manesia, 38, has been living in a dilapidated shelter in Sitio San Roque, Quezon City since 1989. Ever since his primary source of living is driving the pedicab (small pedal-operated vehicle) along Agham Road and near Trinoma Mall.

“I usually earn 150 to 300 pesos within 8 to 10 hours of driving the pedicab. Whenever I go beyond the usual route, I can earn up to 400 pesos, but that would pose risks of being caught in sidewalk clearing operations. I have been victimized by clearing operations numerous times, and as punishment, they aggressively confiscate our sidecars, sell them in junk shops, or worse, purposely damage them,” Manesia said.

The week-long class suspension and government advisories to avoid crowded places have started to paralyze Manesia’s regular operations as a pedicab driver.

He shared his frustration on maintaining, let alone having, a strong mechanism to counter the disease contamination in their community.

“The recent announcements of the DOH have somehow excluded the likes of us. We have no luxury of evading crowded places when we have been living in constricted spaces. How will we strengthen our immune system when our primary problems here are lack of food, clean water, and shelter?” he said.

“I have never felt the government’s health services. Most of the time, they even disregard us. Whenever I go to the hospital, I always feel like I’m never a priority because I have no capacity to pay,” Manesia shared.

The poor bear the burden of high risks of disease infections because they are primarily deprived of access to basic social services such as health care.

Free and accessible health care for all

Progressive health organizations and medical practitioners called for proactive measures from the government in making health care accessible and free for all, especially for the poor.

Dr. Josh San Pedro of Coalition for People’s Right to Health (CPRH) said the test kits must be made accessible at the level of the community, if not at a regional level.

DOH has initially issued only over 2,000 corona virus testing kits, and this has undoubtedly constrained the ability to test more people who might acquire the virus.

San Pedro said that as of now the test kits are mostly from Japan, as the local kits have only just been cleared for use, and can only be tested in five hospitals across the entire Philippines.
The group added that the availability of diagnostics and medicines in public hospitals and health facilities must be ensured in order to break the people’s reluctance in seeking prompt consultation and treatment “out of fear and the reality of medical expenses they could hardly (or impossibly) afford.” Self-protection measures are of little help if proper health care delivery is absent, CPRH added.

Unfortunately, the budget for health was cut by P10 billion in 2020.

San Pedro also said that more investment must be done towards funding innovation by local scientists, especially since these are more likely cheaper and more accessible to the population.

Well-aware of the higher vulnerability of poor communities to various respiratory diseases, Manesia is one with the call to demand accessible social services from the government.

“We can only counter these diseases if we have decent jobs, clean water, and proper shelter, and accessible health care,” he said. #nordis.net