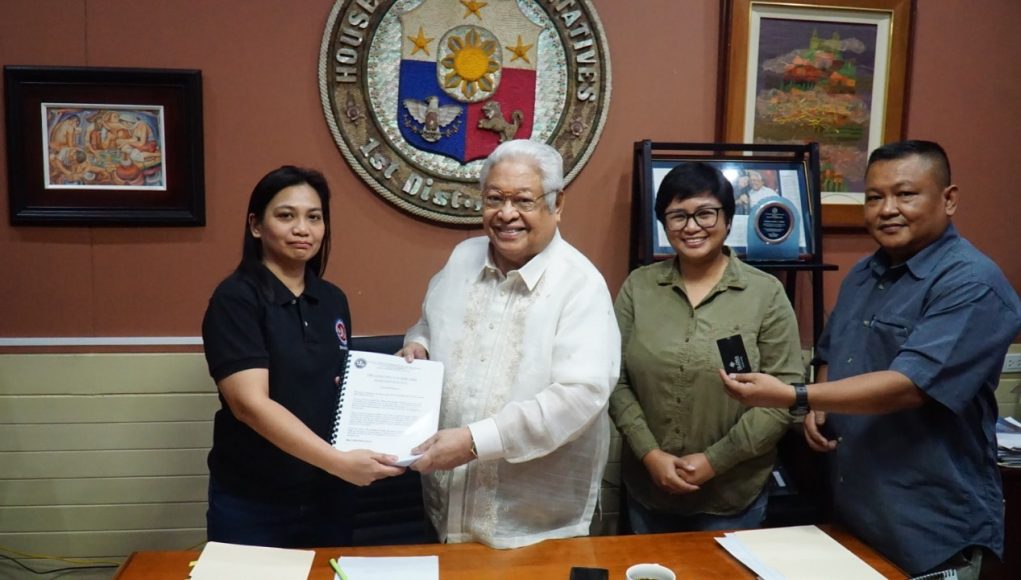 METRO MANILA – The National Union of Journalists of the Philippines (NUJP) submitted Wednesday, Feb. 19, an initial list of petitioners for the renewal of ABS-CBN’s franchise to legislators who authored the 11 bills for such purpose.

The NUJP gathered over 200,000 signatures through actual signature gathering all over Metro Manila by various organizations and NUJP’s online petition through change.org.

The NUJP urged anew the House of Representatives Committee on Legislative Franchises to schedule the 11 bills for discussion. The media organization reminded Congress that the franchise of the giant network will expire on March 30 and the HOR has a few more sessions left before the Holy Week break.

“In urging Congress to pass ABS-CBN’s franchise, we have it as paramount consideration the 11,000 or so media workers who are very anxious about their jobs,” the NUJP said.

The NUJP also called on Congress “to be independent and not be influenced by efforts in the executive and judicial branches of government to deny the network of due process.”

Just yesterday, Albay 1st District Rep. Edcel Lagman, revealed that legislators are being asked to withdraw their support to House Resolution No. 639 that seeks to expedite plenary deliberations of measures that will grant ABS-CBN fresh broadcast franchise.

Office of Solicitor General Jose Calida has filed a gag order petition against ABS-CBN and “those acting in their behalf” before the Supreme Court.

“We view these to be curtailments of press freedom, coming as they are at the heels of public and repeated threats by no less than President Rodrigo Duterte to block the renewal of the franchise,” the NUJP said. # nordis.net