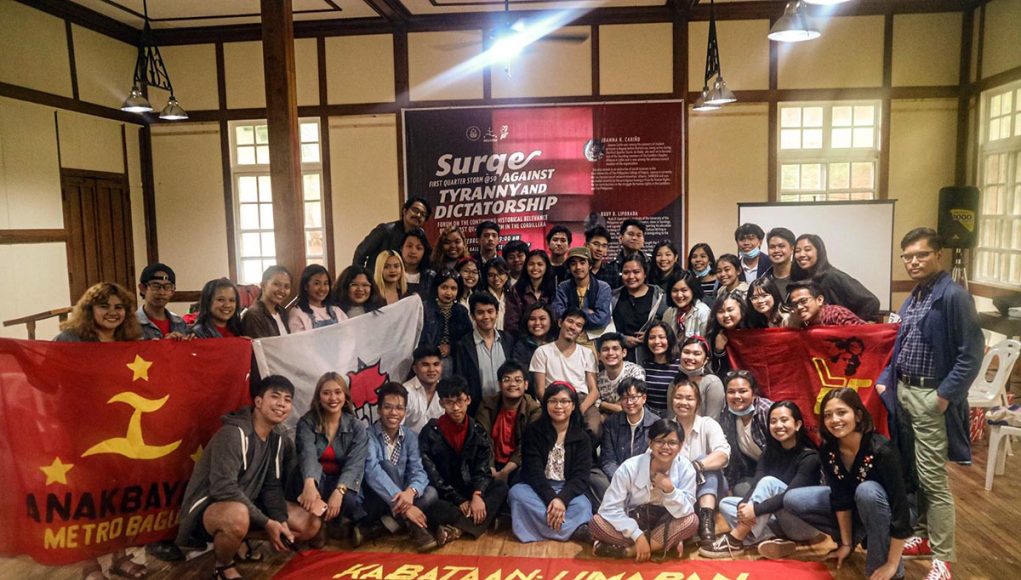 The gathering commemorated and recognized the demonstrations, protests, and other mass actions of various sectors 50 years ago during the first quarter of 1970 that castigated the dictator, Ferdinand Marcos.

“Demonstrations and mass actions conducted during FQS will remain an inspiration for the youth today and of future generations to continue the fight for the rights and welfare of the people,” National Union of Students of the Philippines (NUSP) Cordillera Spokesperson Louise Montenegro said.

Martial Law survivor and Cordillera People’s Alliance founding member, Joanna Carino, discussed her experience as a student activist during FQS. She also condemned brutal attacks of the current administration as these instances are similar to those during the Marcos dictatorship.

“All of these tyrannies are meant to intimidate all oppositions to the authoritarian regime and silence legitimate dissent,” Carino said.

Meanwhile, writer-activist, Rudy Liporada, read a part of his book “Cordillera Red Rising” during his talk. He shared how government policies then affected the lives of people in the Cordillera. Liporada also challenged the youth to take action for the genuine democracy of the country.

“The dream of [the] liberation of the world will surely become a reality. You are the nightmare of imperialism, feudalism, and bureaucrat capitalism,” Liporada said.

Both speakers emphasized the historical relevance of student movement in addressing socio-political concerns. They encouraged the youth to continue the spirit of FQS as Filipinos today experience similar cases of human rights violations, harassments, and repressive policies during the Marcos regime.

In the afternoon session of the event, the organizers gave a cultural tribute for FQS activists and martyrs. Generations of activists, from FQS to present, also shared their struggle in fighting against repressive policies throughout the year.