BAGUIO CITY — The National Union of Journalists in the Philippines-Baguio Benguet Chapter (NUJP-BB) and the People’s Alternative Media Network (Altermidya) decried the red-tagging of their colleague by the Baguio City Police Office (BCPO).

In separate statements, the groups said the inclusion of Northern Dispatch managing editor Sherwin De Vera in the Police Regional Office Cordillera (PROCOR) Command Journal is an attack to press freedom and democracy.

NUJP challenged the local and regional police to explain how and when media coverage of public events, particularly those of rallies and protests, became an offense meriting a police blotter entry.

“Red-tagging has no place in a democratic society, especially when it is done against journalists who are fulfilling their responsibility to inform the people about events and issues,” the union said.

In the report about the January 25 Global Day of Action Against the US War on Iraq, the BCPO identified several progressive groups as communist front organizations (CFO). The police named De Vera, who was covering the event, as a CFO personality along with other leaders of the protesters.

This incident is not the first time that De Vera has become the target of malicious charges concocted by state forces. Police and military arrested and detained him in December 2017 for trumped-up rebellion charges. The Department of Justice also included him in the terrorist proscription list in February 2018.

Besides Northern Dispatch, De Vera also writes for Tawid News Magazine, a local news outfit based in Vigan City. He is also the Northern Luzon Coordinator of Altermidya.

According to NUJP, the incident was not the first time the BCPO accused members of the media of having a connection with the communist rebels. The group cited a previous incident during the much-publicized proceedings to impeach former Chief Justice Ma. Lourdes Sereno in Baguio City. In the BCPO report regarding the protests, they accused Tribune correspondent, Aldwin Quitasol, of having links with the communist rebels. The Baguio Correspondents and Broadcasters Club (BCBC) recently elected Quitasol as president. The club is the most prominent media organization in the city.

Northern Dispatch Editor-in-Chief Kimberlie Quitasol, expressed alarm over De Vera’s red-tagging. She stressed that it “is unlawful and violates [his] rights” and endangers his well-being.

“Even the staging of rallies and protest action is a right sanctioned [in] the Bill of Rights of the Philippine Constitution,” she said.

Meanwhile, Altermidya, said: “the reports created by the Baguio City Police Office (BCPO) are nothing but baseless accusations.” The network is a broad formation of alternative media outfits and community journalists in the Philippines.

“Repeatedly attacking De Vera’s person betrays the fact that state forces are quivering over the reportage our colleague has been doing, reportage that exposes truths that those in power seek to silence, reportage that gives a voice and a platform for issues that the government want to simply cover-up,” the network said.

They urged the BCPO and PROCOR to stop its coordinated and unrelenting attacks against members of the media. The media group also stressed that red-tagging is not just “political muckraking,” but something that “endangers the lives of journalists and their families.”

“At a time when the people need and long for the truth, truth-tellers should be supported, not targeted, and endangered. At a time when the fundamental freedoms of expression and the press are on the line, those who fan the attacks against the media and the people are the real ones betraying the nation,” Altermidya said. # nordis.net

Monica Cutin - February 22, 2020 0
Groups paid tribute to the three New People’s Army members Julius Marque, Eniabel Balunos, and Ma. Finela Mejia for their “selfless service” to the people and revolution. The military killed the three in Brgy. Namatican, Sta. Lucia on the evening of February 13. 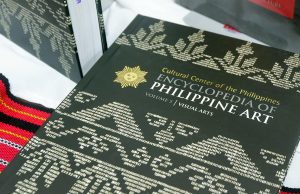 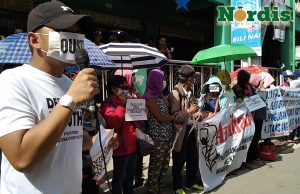 Nathaniel Fabian - February 14, 2020 0
In light of the abduction of a land rights advocate and the slew of red-tagging incidents, a Cagayan Valley human rights group say that the attacks on progressive organizations served to make people feel powerless against the government.