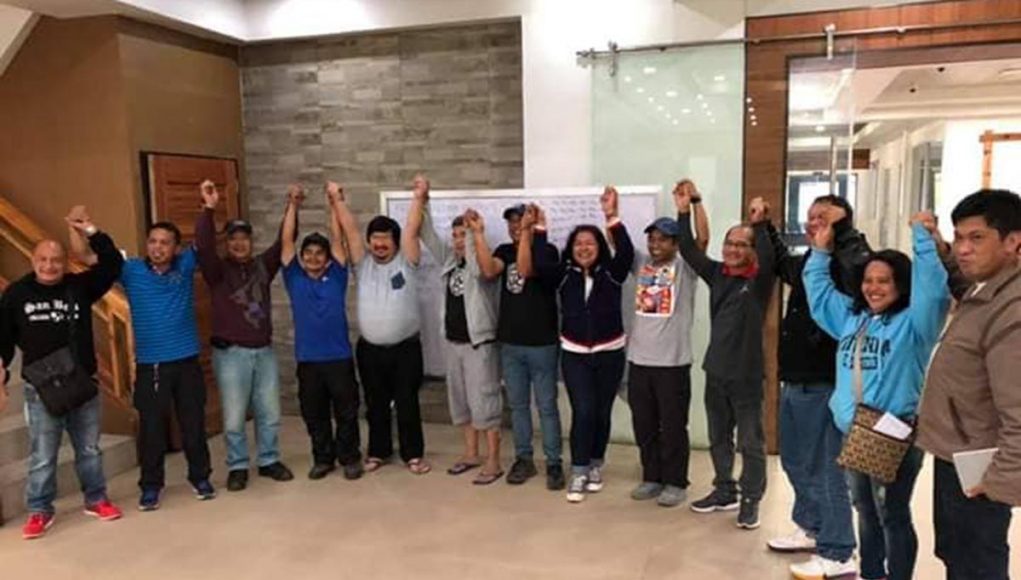 BAGUIO CITY — Baguio-based journalists found time from their writing and broadcasting responsibilities to cast their votes for the new officers of the Baguio Correspondents and Broadcasters Club (BCBC) for the year 2020.

Media practitioners in the city gathered on January 25 at the Dumol Hall of the Benguet Electric Cooperative (Beneco) for the annual election. The Election Committee proclaimed the winners in the afternoon.

The new set of officers are: President is Aldwin Quitasol of The Daily Tribune, Vice President for Print is Dexter See of The Herald News, Vice-President for Radio is Joseph Manzano of RPN-DZBS, Vice President for TV is Darius Bajo of GMA, Secretary is Malen Catajan of Sunstar Baguio, Treasurer is Dionisio Dennis Jr. of DZWT and Auditor is Karlston Lapniten of the Philippine Daily Inquirer North Luzon. The business managers will be appointed as agreed.

Meanwhile, the new Board of Directors are Cesaer Reyes of Peoples Journal, Roderick Osis of Sunstar Baguio, and Artemio Dumlao of the Philippine Star. The past president of BCBC, Jordan Tablac of Bombo Radyo Baguio, will sit as an ex-officio member of the BOD.

BCBC is responsible for the annual media camp held during the Holy Week at a spot in Burnham Park called Camp Pepot. The venue was named after First Quarter Storm activist and journalist Pepot Ilagan. Part of the weeklong activity is the selection of the Lucky Summer Visitors. Those chosen receive free accommodation and tour during their stay. # nordis.net / featured photo by Ryan Mangusan