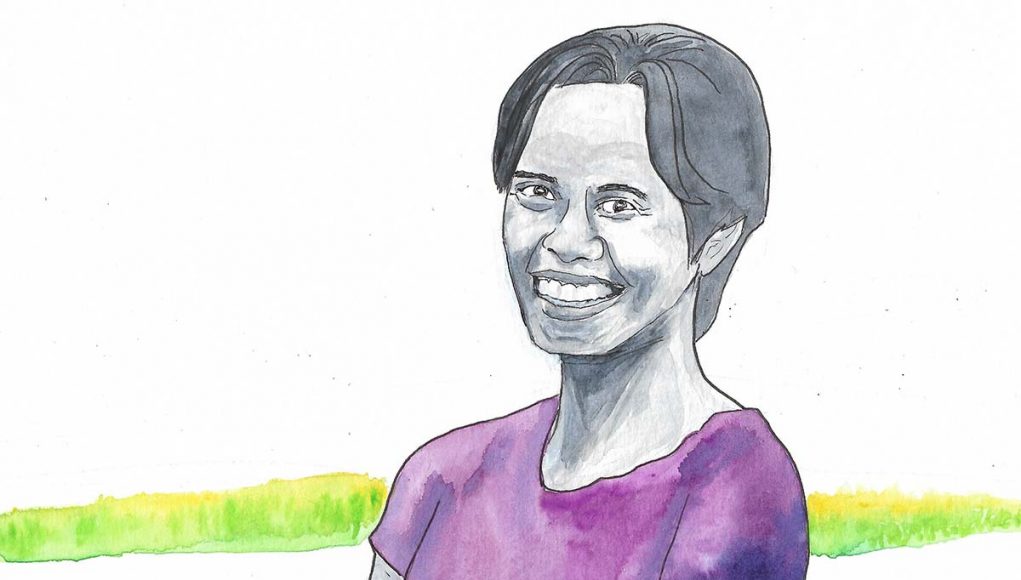 MANILA – School activities and birthdays are important activities that any parent will surely not miss, but 42-year old mother Jackie Valencia usually misses these moments as she attends to an important job that not everyone has the courage and heart to do so.

Valencia, a human rights worker of Karapatan in Cagayan Valley, said her 12-year old twins understand why she missed some of the events as she explained to them the nature of her work. She said her twins knew the danger of her work and would often worry she would have to respond to the call of duty.

Even when the culture of impunity is intense in the country and laws are being weaponized against dissenters, human rights workers like her, she said, will not turn her back on human rights work.

Her human rights work began sometime in 2009. Valencia was arrested and jailed for three days. She was charged with obstruction of justice and was released after posting bail.

After this, she began campaigning for the release of political prisoners, joining fact-finding missions and quick reaction teams.

Most human rights victims that she had assisted were farmers who, if not slapped with trumped-up charges were getting killed because they stood against land grabbers or were accused of being members of the New People’s Army (NPA).

She said the victims of counterinusrgency operations were ordinary people who were only making a living. She said local folk are terrified of soldiers because of the threats, harassment and intimidation they experience.

But even with these horrifying and heart breaking stories, there are also instances when she felt triumphant such as when political prisoners are released from jail after their cases are dismissed due to lack of evidence.

“Even though their imprisonment and hearings would take many painful years, in the end the truth always prevails,” she said in an interview with Bulatlat.

Among them were Rene Boy Abiva, Alliance of Concerned Teachers organizer and Virgilio Corpuz, Pinagkaisahang Samahan ng mga Tsuper at Operators Nationwide (Piston) regional coordinator. They were charged with 12 counts of murder over an alleged ambush that killed 10 soldiers in Tinoc, Ifugao in 2012. They were acquitted after five years.

On dangers of human rights work

In the many years that Valencia has been working as human rights defender, it is under Duterte that the vilification of dissenters has become intense, she said.

Just last year, Valencia and nine others in Cagayan Valley were tagged as terrorists. Their faces and their names were included in posters.

Suspected intelligence agents also tail her, asking her whereabouts from her family members.

“There are many possibilities. I can be harmed anytime. But I never thought of quitting,” she said.

Even though the killing of a consultant of the National Democratic Front of the Philippines (NDFP) Randy Malayao has severely affected her, she was able to hold on.

“We have lost such a great comrade in the region. We were all saddened by his death but then we also try to recover,” she said, adding that Malayao’s death also became their motivation to fight, not only for him but all those who were denied justice.

She admitted there were times when she thought of taking a break, but in the end, her heart stays with the masses that she serves.

‘A better future, society for my children’

Years in human rights work have cemented her commitment to serve those who are denied justice. She said the increasing cases of human rights violations is reason enough to stay in this kind of work and correct what is wrong in the system.

“Do I want my children to grow up in a society that we have today when injustices and inequality are prevalent? No. The struggle may be long but I know we will win the fight, maybe not now, but in the future,” she said.

As for her missed birthdays and school activities, she said, she always makes sure that she makes it up to her children whenever there is time. # nordis.net 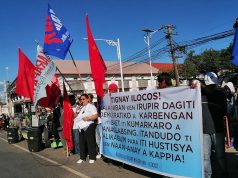