BAGUIO CITY — Community representatives from Lagawe and Lamut towns of Ifugao trooped to the National Commission on Indigenous People (NCIP) on December 16 to reiterate their opposition to the Alimit Hydro Electric Power Project.

“We are here to reiterate our opposition and to follow up on our earlier petition,” said Nestor Peralta, a member of the indigenous people’s organization.

He said that NCIP has yet to address the petition they submitted earlier.

On February 20, leaders from Barangays Dulao, Tupaya, Ollilicon, and Banga of Lagawe town and Barangays Hapid and Bimpal of Lamut submitted a petition paper signed by some 927 affected residents to the NCIP Cordillera and the Department of Environment and Natural Resources.  (Related story: Communities protest Ifugao Hydro project)

On December 16, Peralta and several representatives from Lagawe and Lamut submitted a similar document reiterating that they are opposed to the construction of the 140-megawatt Alimit hydropower project.

“We, the undersigned, representatives of the people of Lagawe, Ifugao having a petition to stop the proposed construction of the Alimit Hydro Power Complex, write this letter of clarification to the regional and national office of the NCIP to manifest our experience in meetings held in our barangay for the past month,” the petitioners stated.

In the original plan, the Alimit project would produce 390 megawatts. But the proposed pump storage that would deliver 250 megawatts was put on hold due to market constraints.

Peralta reiterated that they are opposed to the construction because the diversion of water from the Ibulao River would mean deprivation of water source for irrigation and domestic use in several villages. He added that the building of a tunnel would also have adverse effects on the water sources of affected communities.

“One of the people helping in asserting indigenous people’s rights was shot, and we fear that one of us might suffer the same fate,” Peralta said.

Peralta added that a few of those who signed the earlier petition submitted retracted their signatures due to fear.

Peralta is also a member of the Ifugao Peasant Movement, an organization openly red-tagged by the 54th IB of the Philippine Army. Like Lee, he also received death threats.

SN Aboitiz, in a statement, said they are aware that some people from the Lamut and Lagawe areas still have concerns and questions about the proposed Alimit Hydropower Project.

The company encouraged people to raise their issues and to continue the discussions towards a better understanding of the project.

“We are not imposing the Alimit Hydropower Project on the people of Ifugao; in fact, we strive to work with the people concerned who, on the whole, we understand right behind the project,” the company stated.

“We cannot and will not undertake the project without obtaining all the necessary consents,” SN Aboitiz added. # nordis.net 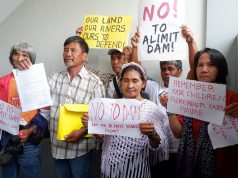 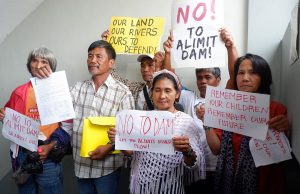 Khim Abalos - February 18, 2020 0
Leaders from the communities in Lamut and Lagawe towns in Ifugao affected by SN Aboitiz’s Alimit Hydropower Complex submitted a resolution affirming the earlier petitions they forwarded to the office strongly opposing the project.

Panagbenga major events move to March as measure against Covid-19