For the benefit of the private and government researchers, members of the academe, students, and artists, here is a brief discussion on the policies and regulations governing documentation and utilization of Indigenous Knowledge Systems and Practices (IKSPs) and Customary Laws.

The National Commission on Indigenous Peoples (NCIP) defined IKSP under Administrative Order No. 1 series of 2012 as “…systems, institutions, mechanisms, and technologies comprising a unique body of knowledge evolved through time that embody patterns of relationships between and among peoples and between peoples, their lands and resource environment, including such spheres of relationships which may include social, political, cultural, economic, religious spheres, and which are the direct outcome of the indigenous peoples, responses to certain needs consisting of adaptive mechanisms which have allowed indigenous peoples to survive and thrive within their given socio-cultural and biophysical conditions.”

If these IKSPs entail documentation or utilization of the same other than its intended purpose, may it be for public consumption or commerce; it requires Free Prior and Informed Consent (FPIC). The requirement for an FPIC is based on social justice wherein IPs, as the owners of IKSP, are entitled to be first informed of the documentation and utilization of their property (IKSP), and to give consent on whether to agree and reject the intended purpose of the IKSP.

IPs are the collective owners of IKSP

We should look at IKSP as a collective property of the IPs. NCIP AO 1 S 2012 underscored this collective ownership of the IKSP in its operating principles. The document mentioned that the author, composer, inventor, writer, choreographer, arranger, lyricist, owner, first user, or preacher is not one individual but all the members of the community who belong to the past, present and future generations.

If IKSP is collective ownership, the better part of prudence is to consult the IPs as a single unit. Yes, this is a little bit tedious and burdensome, wherein it presupposes the conduct of consultations involving the entirety of IPs dwelling inside an Ancestral Domain. But of course, this is the least of one’s concern if the same had a deeper appreciation of the wisdom behind the IP culture of collective ownership.

This process recognizes that IKSPs of the IPs exist to this day because of their collective efforts protected and nurtured their systems and traditions despite centuries of subjugation. The very reason it is called IKSP is the IPs preserved these customs, knowledge, traditions enjoyed, and practiced during the pre-conquest era of the Philippines collectively from the drastic changes brought by the popular and dominant culture introduced by our colonizers.

With that in mind, due FPIC is needed even if the one who will be documenting and utilizing the IKSP belongs or traces their roots to the IPs owning the same. Why? Well, because, as discussed earlier, IKSPs are collectively owned, and the individual is just a part of the whole IKSP ownership.

The only payment NCIP will receive is the filing fee of P500, which the office submits to the National Treasury.

On the curious case of Whang-od relative to New Era

It is without any shade of doubt that the Kalinga Battok (Wha’tok) is classified as IKSP. Therefore, any move for its utilization beyond its traditional purpose, say, for example, documentation, and appropriation for commerce requires FPIC.

With that said, one must first determine the owner of the IKSP since the owner will be the giving consent. As a rule, the community, as a collective body, owns the IKSPs. Thus, they will decide whether they would allow or reject the utilization of the IKSP by a party for purposes outside its traditional intent.

Whang-od, as a single individual, cannot give consent in favor of another party for the utilization of IKSP Battok, considering that most of the designs therein are traditional. It is a different story, however, if Whang-od initially conceptualized and created the designs, wherein she may enjoy and hold ownership thereof.

A better illustration of this is the Cordillera Weaving industry. Narda’s Weaving cannot be compelled to undertake FPIC to secure consent from the community. This because Narda’s Weaving designs were conceptualized and crafted by the owner. Narda’s Weaving acquired inspiration from the traditional Cordillera designs but made a different design, which is original to the company. # nordis.net

The author is the Free, Prior, and Informed Consent Focal Person of NCIP-CAR and a student of law. 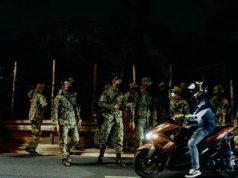 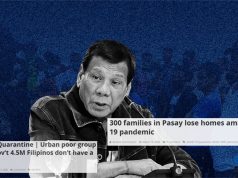