QUEZON CITY — Kabataan Party-list Cagayan Valley (KPL-CV) filed a petition in the House of Representatives opposing the mandatory implementation of the Reserve Officers Training Corps (ROTC) among Grade 11 and 12 students in public and private schools.

The group forwarded around 2000 signatures of students, parents, and teachers from 23 schools in the Cagayan and Isabela provinces. This was the result of the region-wide youth consultations conducted by KPL-CV in different schools and youth organizations.

“The consultations provided an avenue to students, parents, and teachers to air their views on the mandatory ROTC bills currently being deliberated in Congress. Despite the program’s good intentions, the stakeholders significantly cast doubts on the purpose feasibility of mandating military training among minors,” said Jhames Paredes, regional coordinator of KPL

“Students and parents worry over the added expenses in finishing the burdensome K-12 program once the mandatory ROTC program will be ratified, and this is on top of the notorious record of abuses, corruption, harassments and human rights violations committed by ROTC officials and even the military,” added Paredes.

The petition also listed the mandatory ROTC as a threat to academic freedom, which will infringe upon the freedom of school administrators and faculty to design and operate school programs as well as “gain access to schools, surveil and repress those it deems as enemies of the government.”

SHS student leaders from Cagayan Valley also met with their district representatives to discuss pertinent student and youth issues in the province.

“Military training is not what we need to show the love of country. We must first look into the review of the K-12 curriculum before adding another program, be it mandatory ROTC or not,” said Paredes.

He said the government should instead prioritize the improvement of school facilities, scholarships, and free education in college.

The group urged their district representatives “to hear the voice of the students, parents, and teachers who have signed the petition.”

Mandatory ROTC is among the priority bills identified by the Duterte administration back in 2017. The president, in his 2019 State of the National Address, reiterated that strengthening the country’s defense would require the passage of the bill.

In May 2019, the House of Representatives passed House Bill 8961, which aims to make ROTC mandatory to Grades 11 and 12 students. The bill stressed that military training is necessary to “produce well-trained and prepared reservists” both for military and civilian duties. It also argued that ROTC will “install patriotism, love of country, and spiritual virtues, and respect for human rights and adherence to the Constitution.”

The Senate conducted its first public hearing on the proposed legislation on August 22.

However, members of the Makabayan Bloc in Congress and youth groups pointed out that ROTC does not teach patriotism nor discipline but blind obedience.

KPL Representative Sarah Jane Elago stressed that imbibing patriotism among the youth should not stifle critical thinking and academic freedom. She noted that ROTC’s aim is contrary to the rights and welfare of students, as proven by past cases of corruption, hazing, and deaths because of the program.

The measure was the result of the widespread outcry for justice for the death of University of Santo Tomas student Mark Chua, who exposed the corruption issues in the program. The court found ROTC Cadet Arnulfo Appari, Jr., Eduardo Tabrilla, Paul Tan, and Michael Manangbao guilty of killing Chua. # nordis.net 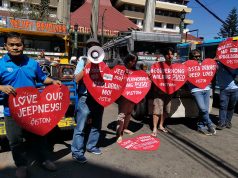 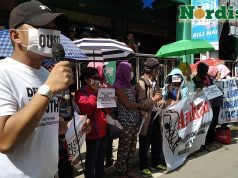 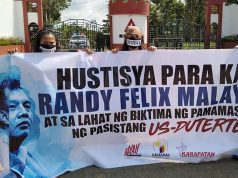