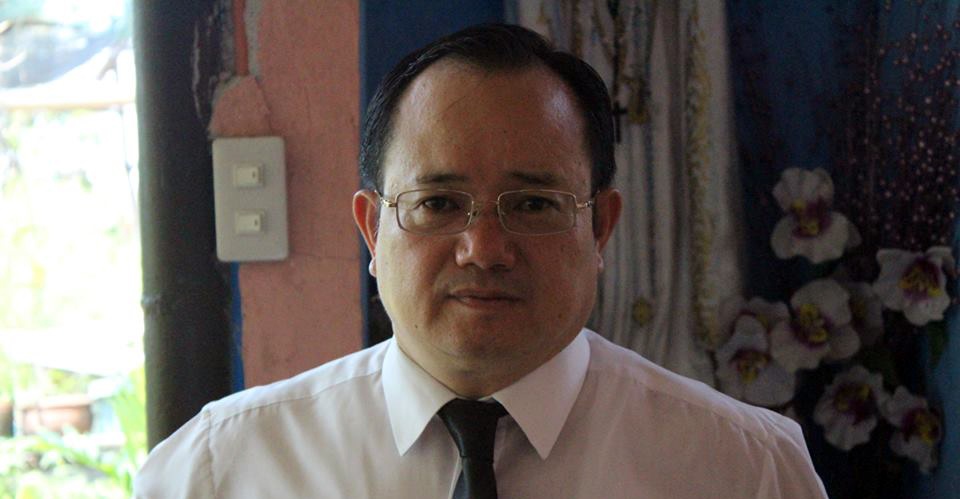 SAN FERNANDO CITY, La Union — Activists from development institutions and people’s organizations gave a tribute to Judge Mario Anacleto Bañez, who was assassinated last week, on November 11 at his residence in this city.

The Center for Development Programs in the Cordillera (CDPC), together with human rights groups, organized the mass and program for the slain magistrate.

“Mamati kami a ni judge ket napapatay gapu iti trabahona, gapu iti kina-just dagiti desisionna (We believe that judge was murdered because of his work, because of his just decisions),” said Rhoda Dalang, CDPC executive director, in her message during the tribute.

She said that in his recent decision regarding the case of their health program staff, Rachel Mariano, they saw two distinct qualities in Bañez that members of the judiciary should follow, “especially these troubling times.”

“He is impartial and just, deciding on the evidence presented and statements of the witnesses,” Dalang said.

She also noted the magistrate made a clear distinction between armed combatants and activists who are working with the bounds of the law.

“This is very striking in his decision that really inspired us,” she added.

On September 4, the judge acquitted Mariano from charges of murder and frustrated murder filed by the 81st Infantry Battalion. The army accused her of participating in an ambush by the New People’s Army in Quirino, Ilocos Sur in October 2017. The attack resulted in the death of a soldier and wounding of another troop.

In his decision, Bañez wrote, “Without regard to the evidence of the defense which would only bolster her defense, this court is not morally convinced of her guilt. It may have been proven by her evidence that she is an activist working on the field of health as one of man’s basic rights, but that does not make her a member of the New People’s Army.”

“Her being an activist may have subjected her to suspicions of involvement in some subversive activities. But it has been a long-standing principle that suspicions, however strong, cannot equate with the quantum of proof required by law to support a conviction. Moreover, granting arguendo that she is a subversive, the Anti-Subversion Law ((RA 1700) has been repealed,” he added.

Sam Anongos of the Cordillera Human Rights Alliance (CHRA) recalled that besides Mariano, the judge also dismissed four other charges against individuals accused of being communist guerillas but did not give details to cases.

The Ilocos Human Rights Alliance (IHRA) also shared to Nordis the group’s experience in dealing with the judge.

“Idi adda ti dua a sibilian a tiniliw dagiti militar ken inakusaranda a kameng ti NPA, kinunana bayat ti taray ti hearing a saanda madanagan ta rumbeng a ti korte ket impartial ken agbasbasar iti ebidensia (During the trial of two civilians arrested by the military and accused them of being members of the NPA, the judge told them not to be afraid because the court is impartial and decides based on evidence),” recalled Mary Ann Gabayan, secretary-general of IHRA.

She was referring to the case of Malvarose Logang-a and Samuel Compalas, who were arrested on September 19 and October 3, 2014, respectively. Bañez dismissed the rebellion charges against them on November 10, the same year.

The 50th IB accused the two of taking part in the ambushed of government forces in the forested area of Quirino, Ilocos Sur, in March 2006. The Philippine National Police also accused Logang-a of taking part in the 2013 early-morning ambush staged by the NPA against members of the Regional Public Safety Battalion in Tadian, Mt. Province to justify the arrest.

Days before the murder of Bañez,  Armed Forces of the Philippines Deputy Chief of Staff for Civil-Military Operations Maj. Gen. Antonio Parlade urged the Supreme Court to probe judges who are dismissing cases against activists accused of membership with the NPA.

Karapatan, a national alliance of human rights advocates, said in an earlier statement that they believe the killing of Bañez was a warning to members of the judiciary.

“Those that they cannot co-opt, they kill,” said Karapatan deputy secretary Roneo Clamor.

“We planned to visit the honorable judge in one of our trips in the Ilocos region and to thank him personally, but we did not expect it to be this way,” said Mariano, who was also present during the tribute.

She and her clan expressed their sympathies to the family and gratitude for the judge’s impartiality during the trial.

“We were shocked by what happened to a man whom we have known to stand for truth and justice. He is a judge who depends his verdict on concrete evidence and not on mere suspicions,” she said.

Mariano recalled that after the clerk of court read the verdict, “Judge Bañez looked at me with an approving smile.”

“While I cannot say a word to thank him personally, I just bowed my head to express my utmost gratitude and left the courtroom to celebrate outside,” she added.

Mariano urged everyone in the wake to “draw strength from each other” and “be inspired by people like Judge Banez who took the narrow road and opted to become a judge who is not lured to fame and fortune but in humility.”

“He gave his life to serve unconditionally those who have less in life and law. He is truly a principled person, someone who stood for truth and justice,” she said. # nordis.net