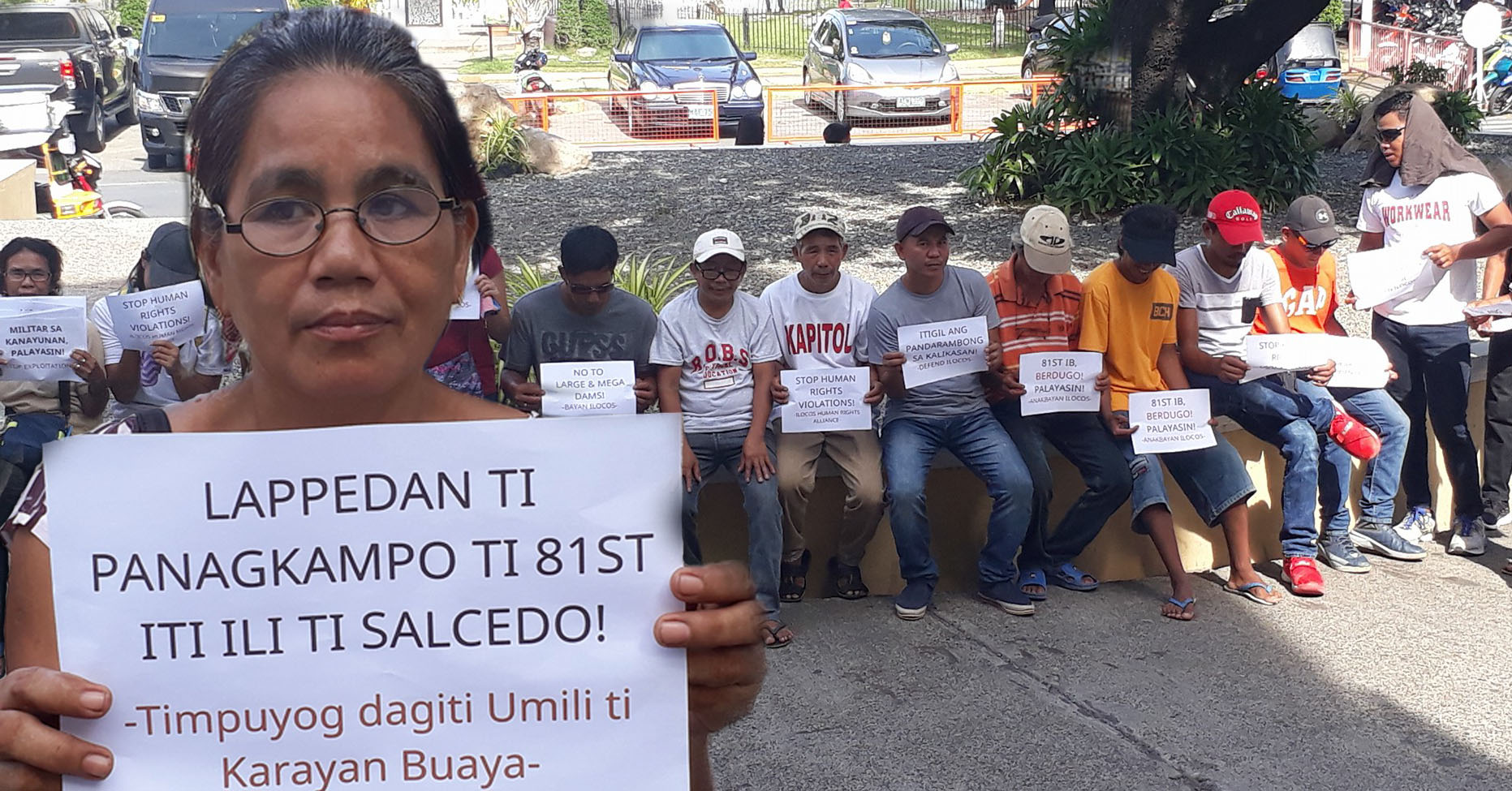 Two members of the military came “unannounced and uninvited” while TUKB and the Ilocos Human Rights Alliance (IHRA) were having a caucus on the human rights situation on August 15, in Sta. Lucia, Ilocos Sur said IHRA secretary-general Mary Ann Gabayan.

According to her, the soldiers rode a motorcycle without plate number and wearing civilian clothes so they confronted them and asked for their identification. One of them complied, Corporal Benjie Agtarap produced his driver’s license while the other, Jason Domingo, gave his name but refused to show any ID.

She said that after giving their identity, Agtarap threatened to sue them if their names appear Northern Dispatch’s story of the incident. Both claimed to be from the Civil-Military Operations (CMO) Company based in Calaoan, Candon City.

Gabayan added that one of the TUKB officers positively identified the two as the same individuals he saw across his house prior to the meeting.

“They said that they were there under orders and to ask TUKB to partner with them in their activities. After tagging members of TUKB as rebel supporters and forcing them to surrender, and calling the organization as a communist front, they expect the officials to collaborate with them?,” she said in mixed Ilokano and Tagalog.

She said the incident showed the insincerity of the military, stressing that in the dialogue last August 9, TUKB chairperson Nick Lacaden already made it clear that they are not interested to work in partnership with the military.

According to Solidarity of Peasants Against Exploitation (Stop Exploitation) chairman Antonino Pugyao, the military can call the incident whatever it wants but for them, it’s a “surveillance operation” and “plain harassment.”

“This incident, just a few days after the dialogue, is an insult to the governor who facilitated the talk,” he said.

“We will hold the 81st Infantry Battalion and this government responsible if something bad happens to Stop Exploitation members,” Pugyao said.

On August 8, the military made several members of TUKB in Salcedo town sign a paper and take the “oath of allegiance” because Stop Exploitation that the military tagged as a front of the communist rebels influences them. # nordis.net