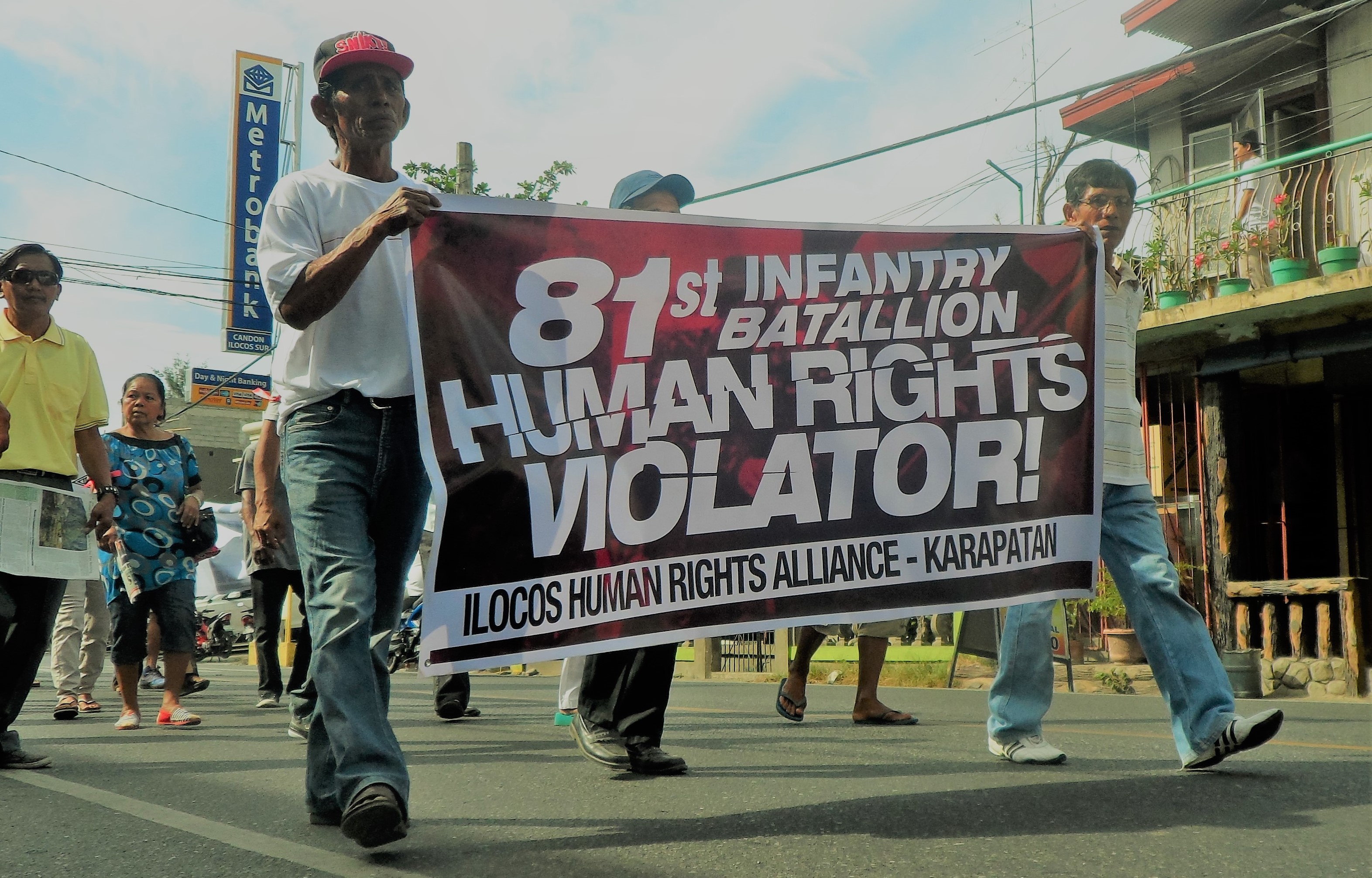 BAGUIO CITY — “Hands off our leaders and members, back-off our communities.”

This was the demand of church and farmers group who faced the military in a dialogue on August 9 at the Ilocos Sur provincial capitol.

Governor Ryan Singson called and facilitated the talks between the organizations and the 81st Infantry Battalion, which stemmed from the petitions filed by the Timpuyog ti Umili ti Karyan Buaya (People’s Unity in the Buaya River or TUKB) and the Ilocos Human Rights Alliance (IHRA) regarding human rights violations committed by the military.

Representatives from the United Churches of Christ in the Philippines North Luzon-Amburayan Conference (UCCP-NLAC) and Iglesia Filipina Independiente (IFI) asked the military to stop visiting their churches and asking about collaborating with their programs.

According to Rev. Jun Paplonot, Conference Minister of UCCP-NLAC, regular stopovers by military personnel to some of their churches for the past months have caused “fear and distressed” among their members, lay leaders, and pastors.

He explained that their community activities and partnerships with people’s organizations are part of their program on “justice, peace, the integrity of creation.”

The NLAC head said they took the first few visits by soldiers as merely a routine but when it became more frequent and they started checking on their activities and asking to be part of their programs and community partnerships, it became too much and a cause of concern.

“We are more comfortable if we implement our own, as a separate institution,” Paplonot said.

He added that t they are aware of the “true intentions” of the visits and reminded the military of the separation between the state and the church.

In a statement last month, UCCP-NLAC decried the regular visits of soldiers from the 7th civil-military operations unit headed by Capt. Rogelio Domrique, Jr. to several of its pastors who are active in human rights and environmental concerns. The Conference covers UCCP churches in the second district of Ilocos Sur and some parts of La Union.

IFI priest Ferdinand Lacanaria also demanded from the military to stop coming to his church. He said that he learned from a concerned government official that the military is monitoring his activities.

“I opened the church doors without reservation but all the while, you were there to monitor my activities and organizational affiliations,” he said.

Lacanaria also told them to stop contacting his altar boy, who has expressed fear after the soldier took his cellphone number. He said that he became wary of the soldiers’ visits when they started asking about the plans of the IHRA and its members.

The regional organization Solidarity of Peasants Against Exploitation (Stop Exploitation) joined the clergy during the meeting. They raised the issue of red-tagging and forcing their members to “surrender” and take the “oath of allegiance” as if they have done something that is against the law.

He said the actions of the military have not only caused fear and discomfort but also put the lives of their members in danger.

IHRA Secretary-General Mary Ann Gabayan scored the 81st IB for using public places, including daycare centers and plazas as stations while staying in the communities. She said that this violates the Comprehensive Agreement on Respect of Human Rights and International Humanitarian Law (CARHRIHL) and Republic Act 7610 or the Special Protection of Children Against Abuse, Exploitation, and Discrimination Act.

Lt. Col. Charles DZ Castillo, commander of 81st IB explained that they are just doing their job, ensuring the security of the communities to ensure peace and development. He said reasoned that all their programs and activities are coordinated with the local governments.

The military also presented the village chiefs of Tablac at Bugnay in Candon City to give testimonies on the assistance they gave during their community support program.

According to Provincial Administrator Cara Michelle Tabios, Singson called for the dialogue clear the issues between his constituents and the military. She said the governor emphasized the need to respect each other’s work and beliefs, and assured the complainants of their safety.

Tabios said that the provincial government is always open to receive and hear complains of human rights violations, and facilitate talks between leftist groups and the military. # nordis.net