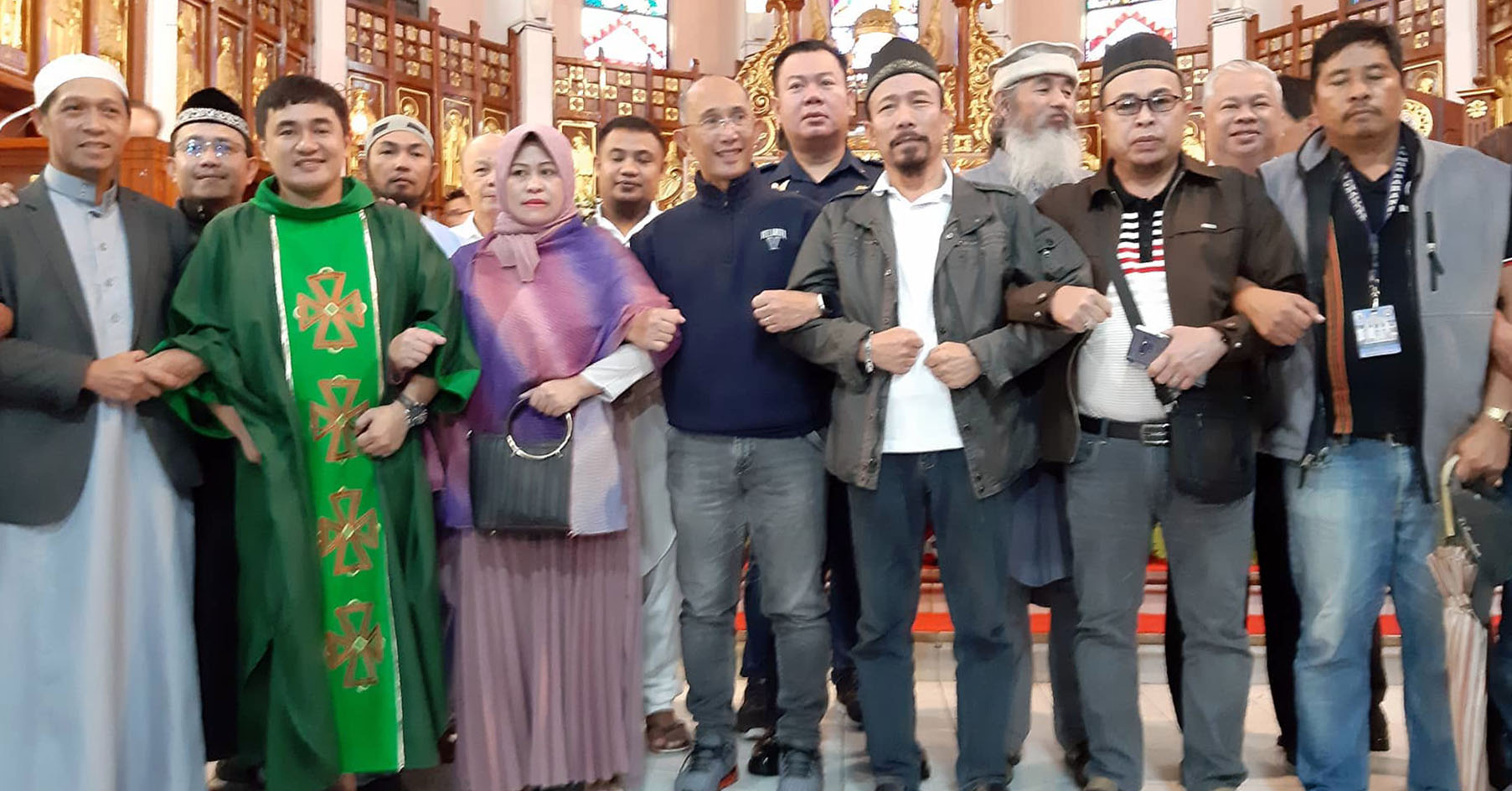 BAGUIO CITY — Leaders of the Muslim community in the city spent their Eid al-Adha (The Feast of Sacrifice) guarding members of the Catholic Church at the Our Lady of the Atonement Cathedral, better known as Baguio Cathedral.

On Sunday, August 11, Baguio Muslim Community President Imam Samsudin Monib, headed his fellow Muslims in distributing roses and standing outside the church to show their support to the efforts of all the sectors and the government against all threats of terrorism. They also joined the Baguio City Police Office inspecting the perimeters of the cathedral. The Muslims stressed that terrorism has no religion and it has no place in Baguio City.

They were optimistic that their actions gave the public assurance that they are not violent and mean no harm.

The leaked memo from the Northern Luzon command, which circulated in social media, advising its units to verify possible ISIS attack targeting “Crusade Churches” prompted the group to initiate the activity. # nordis.net