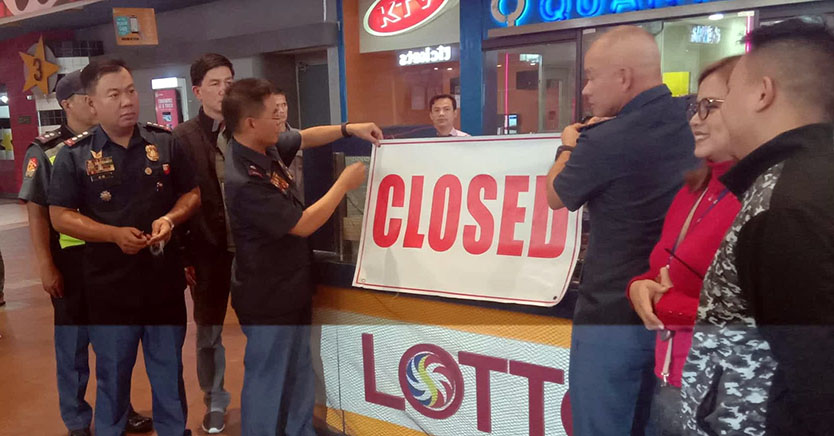 Albayalde went around the city hours after President Duterte ordered the stoppage of all PCSO gaming outlets nationwide due to alleged massive corruption in the agency.

The PNP chief was assisted by Police Col. Allen Rae Co, acting city director, in ensuring that no PCSO gaming outlets in this summer capital will continue operating.

Albayalde said stall owners were very cooperative. “Some stalls were already closed when we arrived, others were about to close while the rest immediately closed their stalls when they saw us,” he said.

The police chief said the shutting down of lotto outlets was simultaneous nationwide. “So far we have not met any problem with stall owners even in other regions, there has been no resistance,” he said.

The cops visited about 11 stalls all over the city.

Albayalde was in the city because he and his wife were invited as the guest of honor for the blessing of the Police Regional Office Cordillera Officers’ Ladies Club office and daycare center at Camp Bado Dangwa in La Trinidad, Benguet.