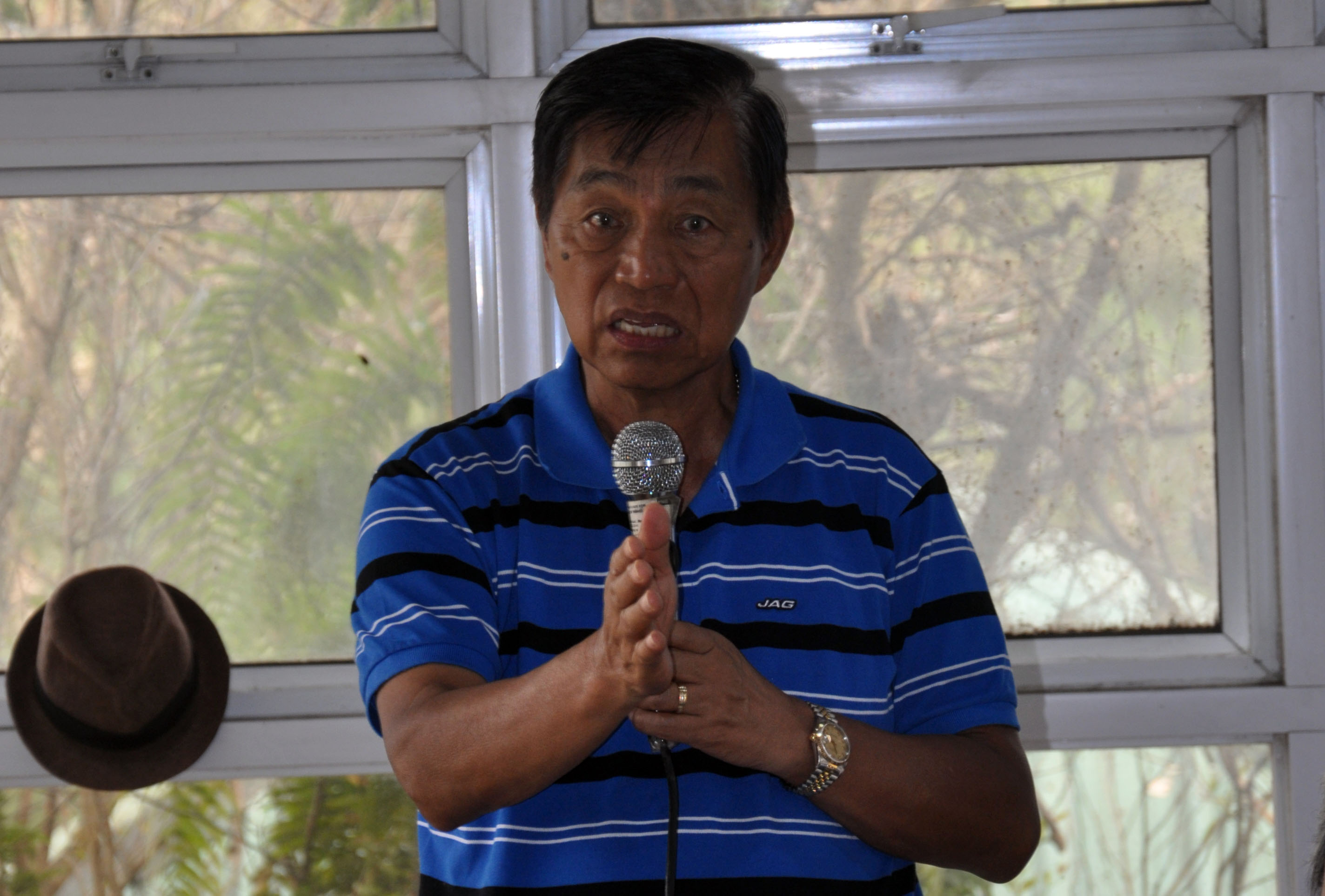 Domogan, who is a lawyer by profession, underscored that the military must have a credible background check and solid proof before accusing any group. He said that there is nothing wrong with having advocacies and sometimes raising issues affecting the people.

During the meeting, the 5th Infantry Division of the Philippine Army (IDPA)’s Brigadier General Henry Doyaen presented a power point showing areas assumed to be infested with New People’s Army (NPA) forces. According to him, these areas are under the different kilusang larangang gerilyas (KLG or areas influenced by communist rebels).  He also labeled white areas where the so-called communist influenced organizations operate.

Doyaen claimed that these advocacy groups and organizations are infiltrated by communists and are exploiting some issues like environmental degradation to forward their hidden agenda and “terroristic acts”. Among the issues the army representative identified that is being exploited by the communist rebels is the Chico River Pump Irrigation Project (CRPIP) in Kalinga province. He said communist actions are the reason why government development projects like the facility cannot prosper.

However, the outgoing Baguio mayor said that he also had questions on the CRPIP but that does not mean that he is going against the government. He pointed out that it will be a different matter if he advocates fighting the government.

Igorota Foundation Executive Director Rosella Bahni questioned Doyaen on how they conduct a background check on the organizations they are branding as communist fronts because of their advocacies. She expressed alarm over the-red tagging of groups and individuals who are just upholding the respect of rights.

Towards the end of the meeting, the AFP showed a video of the Communist Party of the Philippines (CPP) founding Chairman Jose Maria Sison delivering his message for the 50th anniversary of the CPP last March. The military claimed that Sison’s mention of some left-leaning organizations in the video is proof that these groups are communist fronts.

As there were no organizations named in the said video, Doyaen tried to show other videos also downloaded from Youtube but Domogan moved to proceed with the next agenda “to avoid waste of time.” # nordis.net