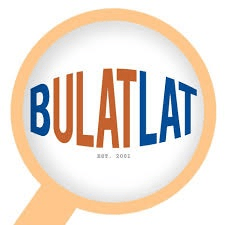 Ronalyn V. Olea is the managing editor of Bulatlat, Philippines’ top alternative online news site. Bulatlat covers politics, human rights, indigenous people and Filipino culture from a critical angle towards the regime of President Rodrigo Duterte. That position has labeled them “enemy of the state” by the Army.

“Since Bulatlat was founded in 2001, it has been fearless in being critical of the powers-that-be: we have the most comprehensive stories about extrajudicial killings during the time of Gloria Arroyo; about the failure of land reform in Hacienda Luisita, a land controlled by the clan of former president Benigno Aquino III, and we have been consistent in reporting the ongoing assaults on human rights by the present administration”, Olea says.

In December 2018, the cyber attacks against Bulatlat started. The attacks were targeted and clearly a result of their critical standpoint against the regime. “It is stressful when you have important stories to tell but you are deprived of your main platform”, Olea says.

Bulatlat and 20 other Philippine media and human rights organizations experienced Distributed Denial of Service (DDoS) attacks against their websites during 3 consecutive months. Before Bulatlat reached out to Qurium for assistance, they were offline for several days: “Receiving messages from your readers asking why you are offline adds to the anxiety, especially if you could not promise them when the site would be up again”, she states.

Olea is grateful for the help received from Qurium’s Rapid Response team: “Definitely, after we’ve migrated to Qurium’s secure hosting, we heaved a sigh of relief; being able to do your work without having to worry when your website would be down again is liberating”.

Qurium’s help was more than pure technical, she says: “Even though the Qurium team is miles away, we have felt the depth of their solidarity with us”. According to Olea, “it was Qurium’s expertise that led us to filing a civil case against our cyber attackers; we would not have been able to fight back without Qurium’s mitigation and forensic investigation”.

The cyber attacks continued with more regime critical organizations being targeted. Olea talks about difficult times: “When you have to assert your right to publish in a platform that’s open and free, the tyrants in cyberspace are shutting down critical and independent voices and all those who value press freedom, free expression and truth must link arms together”.

Bulatlat is not a traditional media outlet, the vast majority of our journalists and management are women.

Thanks to Qurium’s research, the people of Philippines knows that “the Armed Forces of the Philippines and the Duterte administration were the masterminds of these attacks” says Olea.

Bulatlat belongs to the alternative media tradition of the Philippine press, that are non-profit and non-stock, with most journalists working on a voluntary basis. At Bulatlat they have six full-time volunteers, and two thirds of the journalists are women.

Olea started as a contributor at Bulatlat back in in 2003. These DDoS attacks are not the first flagrant attacks she has seen against Bulatlat. In 2013, the Armed Forces of the Philippines (AFP) did a “red tagging” of Bulatlat, when an Army’s chief captain publicly announced that Bulatlat was a “leftist online news website” and suggested that the outlet was complicit with the New People’s Army (armed wing of the Communist Party of the Philippines). Olea remarks: “Red baiting in the Philippines usually precedes arrest and detention, torture and extrajudicial killings“.

Bulatlat’s journalists have also experienced physical surveillance and cyber harassment by state security forces: “After I interviewed farmers about the harassment they had been experiencing from the soldiers, I was holding my camera videotaping the soldiers when one of the men in uniform pointed his camera at my face and then at my press ID”, she says. Ronalyn Olea was so angered that she did not put down her camera until the soldier walked away. Brave.

On March 29, Bulatlat together with Kodao, Pinoy Weekly and AlterMidya filed a civil lawsuit against Suniway, the Philippine company who’s infrastructure enabled the cyber attacks.

This work is licensed under a Creative Commons
Attribution-NonCommercial-NoDerivatives 4.0 International License. 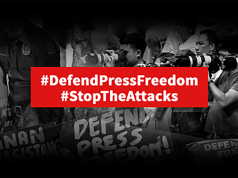