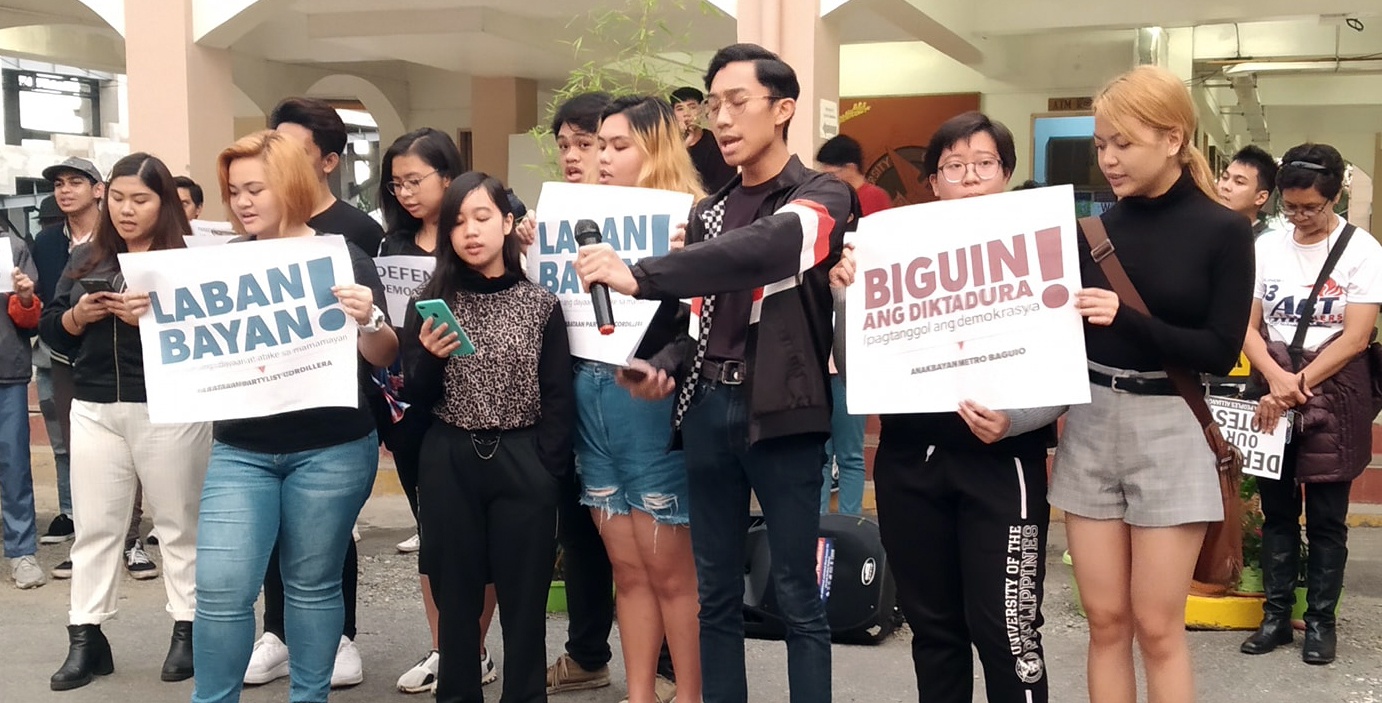 BAGUIO CITY — Faithful to their task as “pag-asa ng bayan”, youth organizations in Baguio City led the protest “for the massive, widespread and brazen electoral fraud” held in the afternoon of May 14 at the University of the Philippines Baguio parking lot.

Anakbayan in a statement chided those who blamed the voters for the outcome of the elections, particularly the senatorial posts. The group pointed out that people should blame those in power who used government resources, threats, and intimidation to manipulate the electorate.

“Even before the elections, the favored candidates of Malacañang received questionable campaign mileages from government programs or orchestrated smear and red-tagging campaigns against progressive candidates,” said Mikhaila Sarita of Anakbayan Metro Baguio.

She also underscored that the voters, especially the poor are also victims.

“The dismal turn-out is rooted in the poor quality of education in the country. And who is the reason why a big portion of the country has no access to education?” she said.

They also lambasted the Duterte government for its outright campaign against senatorial candidates critical of his policies and systematic violence and black propaganda directed against the Makabayan Bloc party-lists.

“In particular, we condemn the BCPO and PRO-COR for engaging in illegal partisan political activity during election day spreading fake news on their social media accounts and even distributing black propaganda while in uniform at the polling places,” said Windel Bolinget, regional coordinator of Makabayan and head of the Cordillera Peoples Alliance.

On May 13, Nordis published an article on BCPO Station 5 and PROCor’s partisan posts on their Facebook accounts. BCPO Station 5 posted false information regarding the supposed disqualification of party-lists under Makabayan on election day. While the one shared by PROcor urged voters not to vote for “leftist party-list.”

He also blamed Comelec for its “incompetence in ensuring the sanctity of people’s votes and its questionable handling of the checks and balances” for the elections.

Bolinget said that Cordillerans “will not sit idly while the corrupt grab power in a highly questionable and undemocratic process,”

We shall continue to unite all sectors in continuing the fight against all forms of tyranny by the Duterte regime.