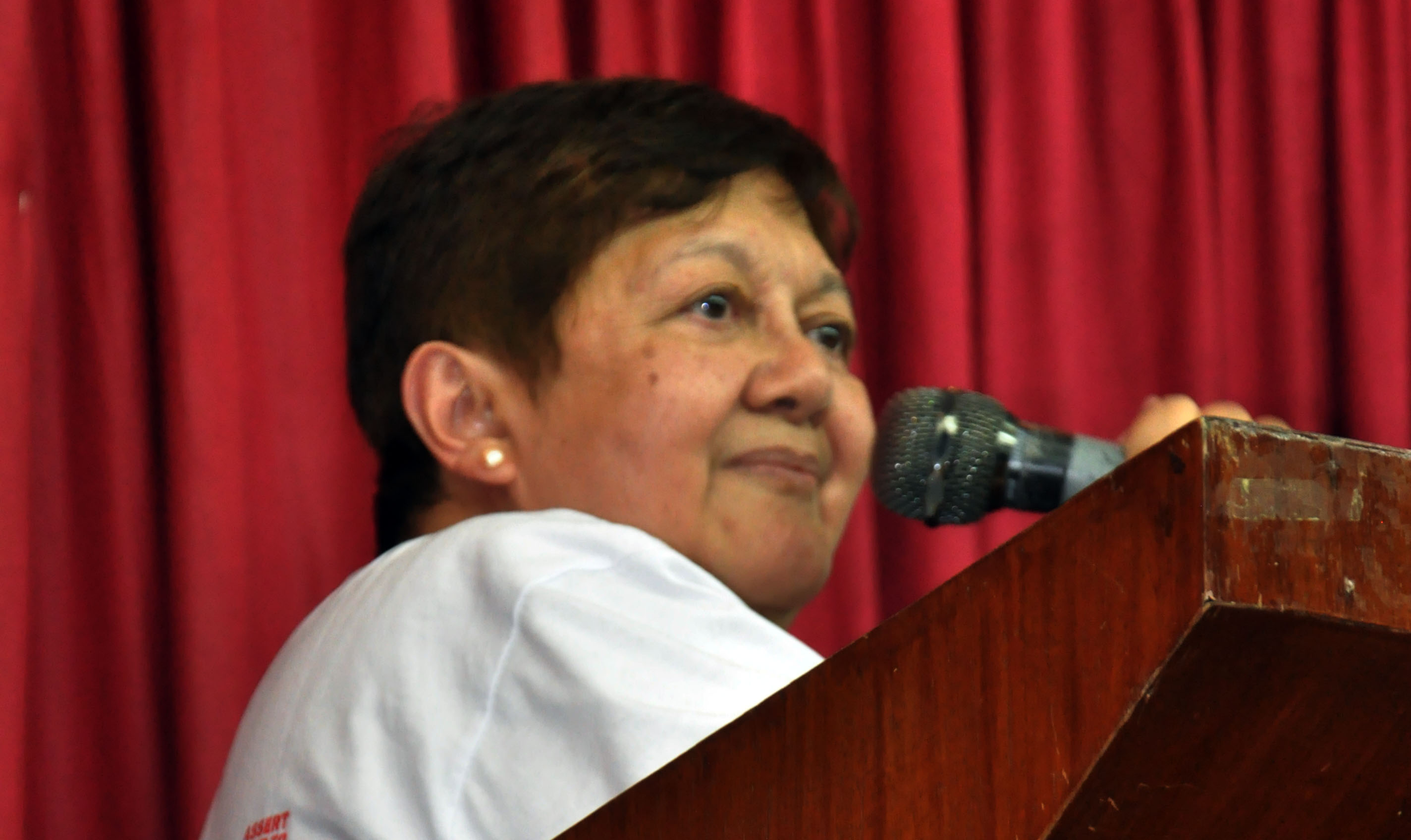 BAGUIO CITY — Harassed, arrested, detained, tortured and recently, labeled as a “terrorist” but not once did these State-sponsored attacks dampen her commitment to the people’s struggle for social justice and peace.

Igorot activist Joanna Patricia Kintanar Cariño, scion of Ibaloi chieftain Mateo Cariño is this year’s recipient of the Gwangju Prize for Human Rights. She is the first Filipino conferred with the honor by May 18 Memorial Foundation, one of the largest human rights group in South Korea.

The recognition is given to organizations, institutions and persons in Korea and abroad “that have contributed in promoting and advancing human rights, democracy, and peace in their work.” It also aims to “to promote the spirit of the May 18 Democratization Movement, in which the people of Gwangju resisted against brutal military forces for the sake of democracy and human rights in 1980.”

“Whatever the suppression, however, they failed to stop her continuing courageous actions, inspiring global citizens throughout the world, and thus was selected her as the winner of the 2019 Gwangju Prize for Human Rights,” said the Foundation in statement.

They also acknowledged her “tireless and vigorous” participation to stop the militarization of indigenous peoples’ communities.

Among the recipient of the award is Myanmar’s Aung San Suu Kyi. But the Foundation stripped her of the honor in Dec 2018 for her inaction to the atrocities against the Rohingya minority.

Cariño’s activism and track record as defender of human rights and indigenous peoples struggle for self-determination started during the First Quarter Storm in the 1970 during the Marcos dictatorship, of which she is a survivor.

She served as secretary general during the early years of CPA and continues to serve Cordillera communities as part of CPA’s Advisory Council. She also chairs SELDA-Northern Luzon, an organization of former political detainees and member of the Cordillera Human Rights Alliance regional council.

Cariño was among the 600 individuals named by the Duterte administration in the petition to proscribe the Communist Party of the Philippines and New People’s Army as terrorist organizations. She joined other activists who fought for the removal of their names in court, which forced the Department of Justice to amend the case, excluding their names.

“It is really a great honor for me and my organizations to be choosen for the award,” Cariño said.

Cariño said the awarding body probably considered the current political situation in the country, “where a fascist government is doing all it can to suppress dissent and stifle democracy.”

She believed that it also weighed in her favor that she chairs SELDA-NL and co-chairs Sandugo, the alliance of Moro and Indigenous peoples groups.

“I am overwhelmed and humbled given the whole history of the award is all about fighting tyranny and repression,” she added.