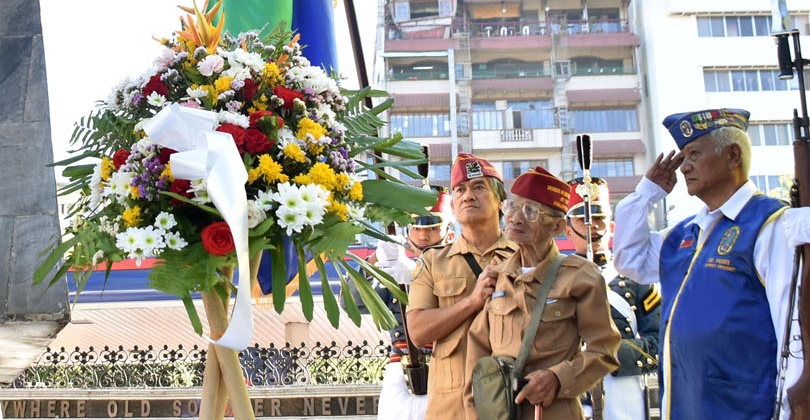 BAGUIO CITY — While the government idly watches China occupy parts of the Philippine territory in Spratly’s, an Igorot World War 2 veteran shared stories of bravery and readiness to sacrifice their lives during the Battle of Bessang Pass.

Barely holding back his tears, 98 years old Tuacan Barian of Province of Benguet recalled how they gallantly stood their ground against the Japanese Imperial Army in the name of freedom and dignity during the commemoration of the 77th year of the “Araw ng Kagitingan” in Baguio City.

He served under the United States Army Forces in the Philippines (USAFIP) North Luzon and fought the forces commanded by General Tomoyuki Yamashita at Bessang Pass in 1945 where more than 3,000 people killed and wounded.

The veteran narrated how his friends fell from the bullets and bayonets of the Japanese during that battle in Cervantes, Ilocos Sur which is a gateway to the Cordillera. He said it was a very painful sight, when you can do nothing but watch your comrades die as they fought their way and captured the area from the enemy in spite of the lack of weapons and bullets.

The Battle of Bessang began with the assault at Bitalag, Tagudin, Ilocos Sur on January 8, 1945 until the defeat of the Japanese soldiers on June 14, 1945. It is considered by military historians as one of the most terrible and incredibly difficult battle during the entire war. The Filipino victory in Bessang, considered the last stronghold of the Japanese during the war, hastened the surrender of the Imperial Army led by Yamashita.

According to Barian, their love for the country and freedom gave them courage to face the enemy. He said what made them braver and stronger is the thought that the Japanese came to invade the country and snatch away their identity.

The veteran said the sacrifices of his friends and comrades should not go in vain but serve as an inspiration for the people of today to be brave enough to defend their land against invaders. # nordis.net