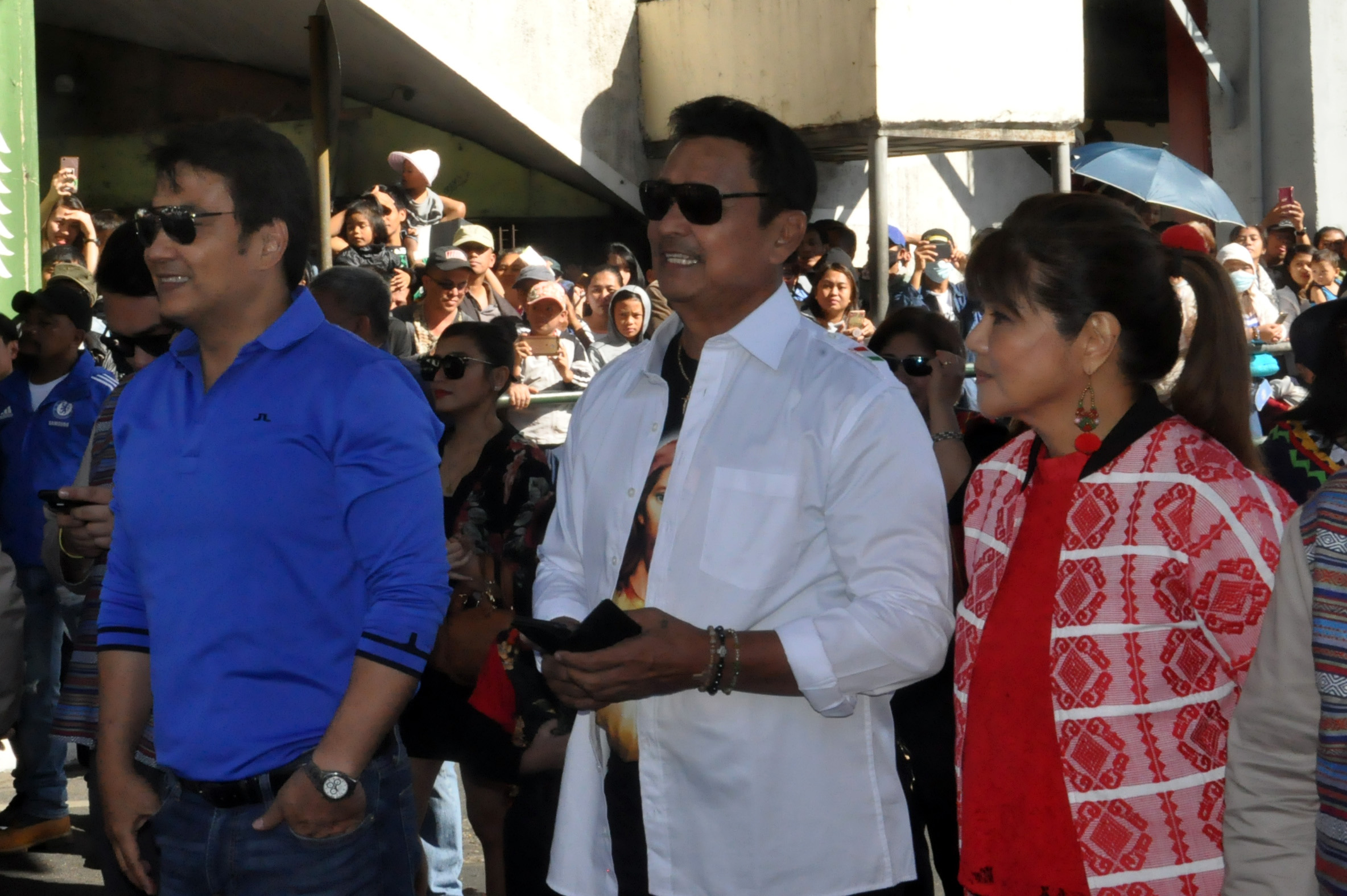 BAGUIO CITY — There is no stopping senatorial bets from utilizing the Baguio City Flower Festival for instant public exposure despite the widespread criticism for the appearance of the Marcos siblings in last year’s Panagbenga and the ban against political campaigning in the festival parades.

Administration candidates Lito Lapid, Ramon “Bong” Revilla, Jr., and Ilocos Norte governor Ma. Imelda “Imee” Marcos were all smiles, as they subtly campaigned to thousands of revelers who flocked along Session, portion of Magsaysay and Harrison Roads on March 2 to witness the street dance competition.

The trio, who marched with some of the local officials in front of the performers, waved at the crowd and made stop overs for photos. Revilla was even caught approaching the spectators and was tempted to shake hands at least once.

But not all onlookers were happy to see them. Some jeered and a water bottle was even thrown from the crowd that almost hit Revilla.

In an earlier pronouncement, the Baguio Flower Festival Foundation Incorporated [BFFFI] said they will strictly abide by rule against politicking during the event.

Under the BFFFI rules, the organizers stressed that “no political personalities may join the Grand Parades in any form or manner” except for incumbent officials of the city.

While only performers and official members of the delegates for the street dancing contests are allowed to be in the March 2 parade.

Co-chairman of the BFFFI Anthony De Leon said that candidates have been forewarned on the possible backlash of their appearance in the parades.

“They were warned and if they did it, they know what to suffer,” he quipped.

The BFFFI is co-running the only flower festival in the country with the Baguio City government.

Meanwhile, Baguio City mayor Mauricio Domogan said, ‘at least they did not break from the parade ranks not like last year’.

The mayor also explained that as long as candidates do not distribute campaign materials and remove political campaign elements, they may join and ride their own floats on March 3, the Grand Float Parade.

Imee, brother Bongbong and son Matthew joined the parade last year and occasionally approached the crowd, shook hands and took selfies with them. Domogan called the incident “unfortunate” after receiving condemnations both from visitors and the Baguio community.

This year, the governor of Ilocos Norte, through a member of her staff, asked the organizers if she can speak at the program or play her campaign jingle, but was rejected.

The chairman of tourism committee of the city council, Elmer Datuin, claimed that everyone were invited to participate in the festival especially in the street dancing and flower float parades.

During the Feb 11 regular session, the city council deleted the part in the original resolution that calls for the “non-politicization” of Panagbenga activities.# nordis.net / with reports from Ace Alegre