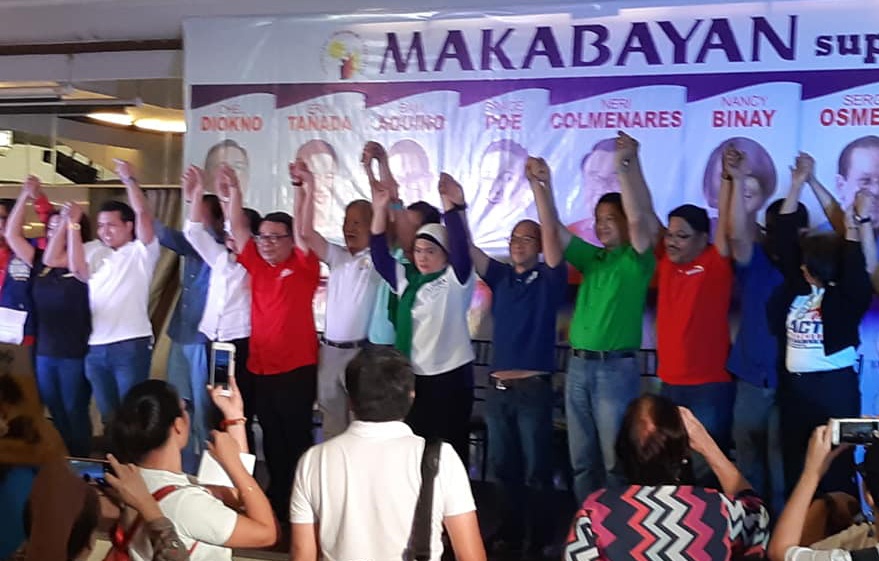 “In these times of escalating efforts to stifle dissent and a rising threat of dictatorship, where impunity reigns and the system of checks and balances among the Executive, Judiciary and Legislative branches of government is in peril, we need an independent Senate,” declared Makabayan in a statement read by party president and stalwart Satur Ocampo.

The group said the midterm elections presents an “opportunity to elect to the Senate men and women of proven competence and integrity” that is not bound to the Duterte administration and willing to craft laws that will truly benefit the people.

If elected, Colmenares and Makabayan will work with the eight candidates on the suspension or repeal of the excise tax provision of the TRAIN Law, opposition to Charter Change and similar self-serving, draconian and anti-Filipino amendments to the Constitution, upholding of human rights and due process, and resumption of the peace talks with the National Democratic Front of the Philippines. # nordis.net / Photo courtesy of Bayan Muna