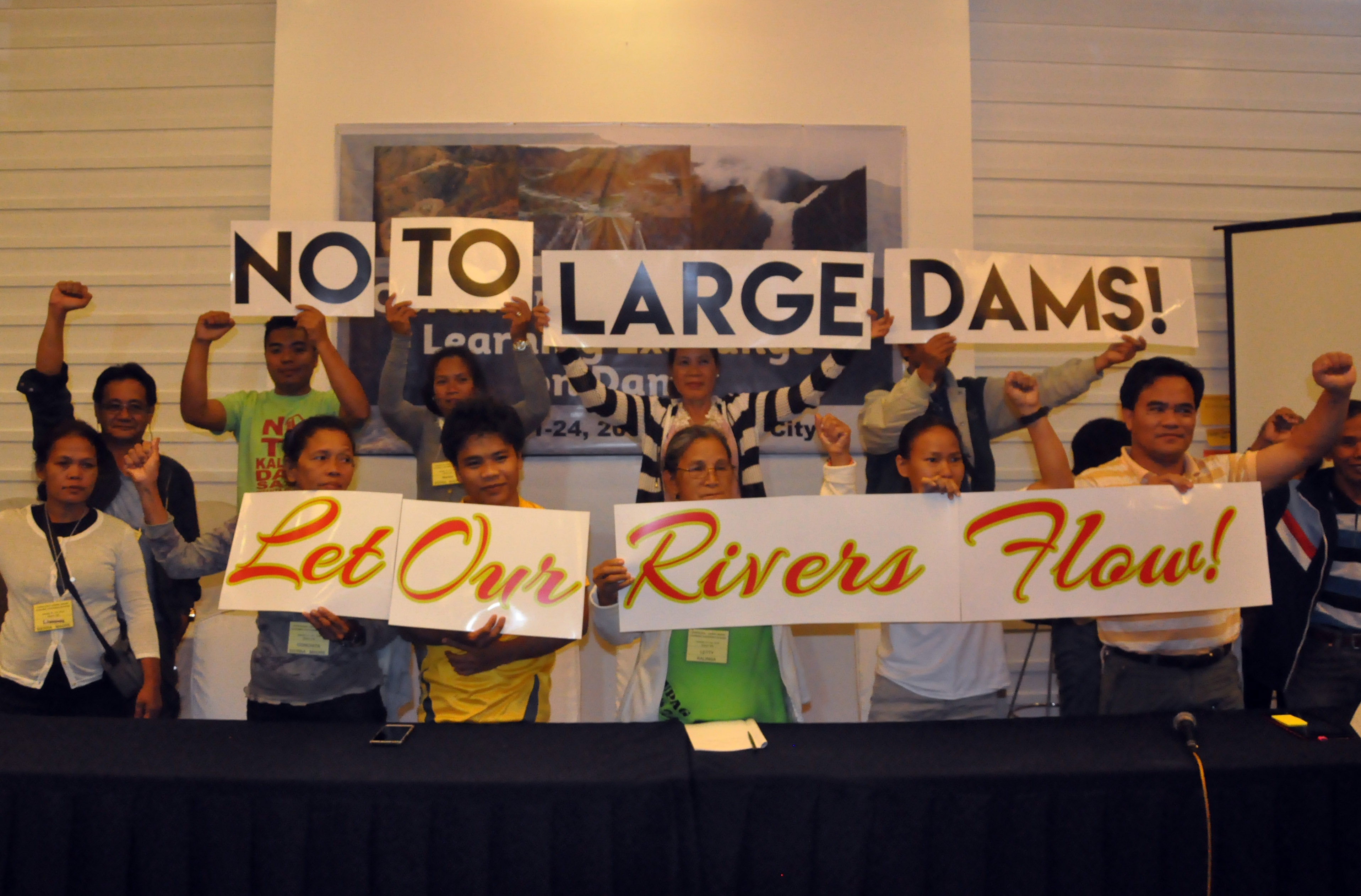 BAGUIO CITY — Residents from Ifugao villages asked the regional office of the Department of Environment and Natural Resources (DENR) and National Commission of Indigenous People (NCIP) to stop the implementation of the proposed Alimit hydro-electric power complex of SN Aboitiz in the province.

Local leaders from Barangays Dulao, Tupaya, Ollilicon and Banga of Lagawe town and
Barangays Hapid and Bimpal of Lamut town trooped to the regional office of DENR and NCIP to submit their petition paper on Feb 20. The submission, bearing at least 927 signatures, came a day after representatives of the Ayangan Domain Council of Eastern Lagawe (ADCEL) signed a memorandum of agreement with the company.

The forwarded documents are composed of two separate petitions, one contains specific demands of Dulao village and one outlining the collective position of the affected communities on the project.

They said they were “not convinced and satisfied” with the explanation SN Aboitiz gave in the past village consultations and expressed concern over possible “boundary conflicts” and
“damage to biodiversity” in the area.

In the general petition, the residents stated that the proposed hydro-electric complex, particularly the 7.7 kilometer diversion tunnel, threatens to destroy their water sources for household use and irrigation for their rice fields.

Potential hazards enumerated in their plea for the agencies’ intervention include the submersion of areas, and severe flooding during typhoons and the rainy season and that the project has ignited disputes among the local people.

In the position paper attached with the petition signed by the community elders and leaders, pointed out the importance of the recognizing their rights in relation to the construction of Alimit HEPP which is situated within their ancestral domain.

“The coming of the project ignited boundary conflicts and claims to the area by other barangays.

We stand to resolve the boundary dispute first before talks of shares,” said the paper.
They also underscored the “talks on tax shares” from the project destroyed their peaceful relationship with their “fellow Ayangans in the neighboring barangays”

Besides the social conflicts specified in the submitted document, the project also breeds distrust among the members of the affected communities said one of the residents who joined the group that submitted the document.

“Sigurado a no maamoanda dagiti pro nga immay kami ditoy ket ibagga danto manen nga adda nangiduron kanyami nga outsider nga umay agipulong (For sure, once those in favor of the project learns that we came here, they will again say that outsiders influenced us to report this),” the petitioners said.

The Alimit Hydropower Complex, owned by SN Aboitiz Power Group, is a project for energy generation from the waters of Ibulao and Alimit Rivers in Ifugao. The complex mainly consists of three components and projected to generate 390 megawatts. The facilities are covered by a 25- year contract beginning on July 24, 2014 and may be renewed for another 25 years.

Alimit HEPP is comprised of a dam and reservoir with a powerhouse along the Alimit River while a weir diverting water from Ibulao River through a diversion tunnel (Ibulao Diversion Tunnel) to the Alimit Reservoir are the main elements of the Olilicon HEPP.

The final structure to complete the complex is the Alimit Pumped Storage Project (Alimit PSP) that will pump water between the upper and lower Alimit Reservoirs and generates power through a powerhouse located at the outlet. Its expected power generation is 250 MW.

Alimit and Ibulao are tributaries of the Magat River that feeds the Magat Dam, one of the largest dam in the country, located at the boundary of Ramon, Isabela and Alfonso Lista, Ifugao. # nordis.net / Photo courtesy of Green Youth Ifugao