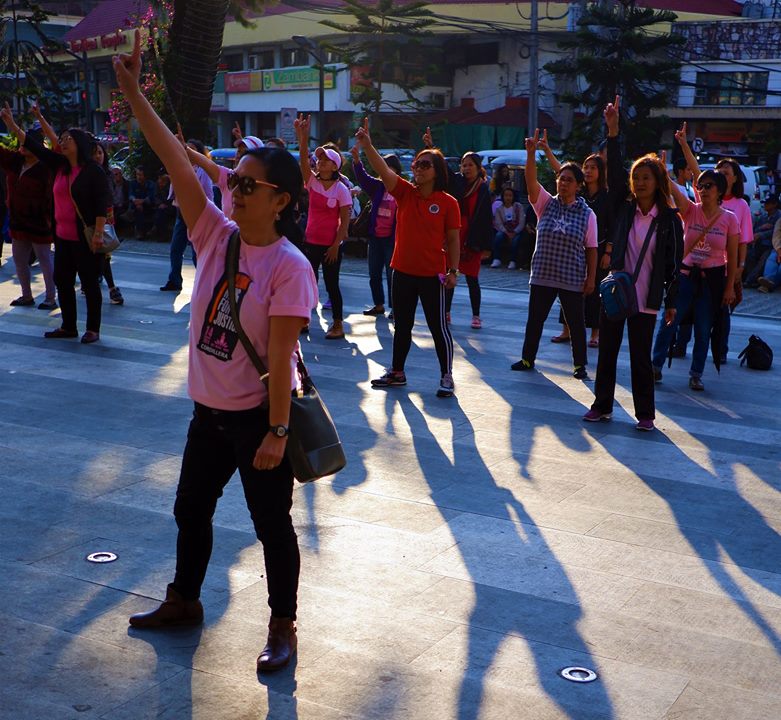 BAGUIO CITY — People from this city joined the worldwide One Billion Rising (OBR) on Valentine’s Day.

At 5:00 pm, around 100 women, men and youth gathered at People’s Park to dance with the OBR music. This year, gathering’s call is for unity against tyranny and promotion of “solidarity for good governance and politics of change”.

Aizah Mariano, who joined the dance talked about how her family is struggling every day because of her mother’s detention for trumped-up charges.

Her mother, Rachel, a community health worker who has served far flung neglected communities in the Cordillera, was accused by the 81st Infantry Battalion of participating in NPA attacks in Ilocos Sur.

Luchie Maranan also read the statement also Let’s Organize for Democracy and Integrity Baguio Chapter condemning the arrest of Maria Ressa and called on everyone to defend press freedom.

“We will not be cowed. We will not cower in fear of threats of future attacks on the arts and media. We stand together as we knock on doors, reminding people that we and they are “tao po.” We are here to serve truth and truth alone,” the statement said.

Innabuyog-Gabriela chairperson Virgie Dammay explained that OBR was launched as a call to actions to end violence against women.

She said the activity highlights women’s resistance not only against domestic violence but also against political, economic and cultural rights violations.

Dubbed as “the biggest mass action to end violence against women,” OBR is now on its 7th year. # Kimberlie Quitasol