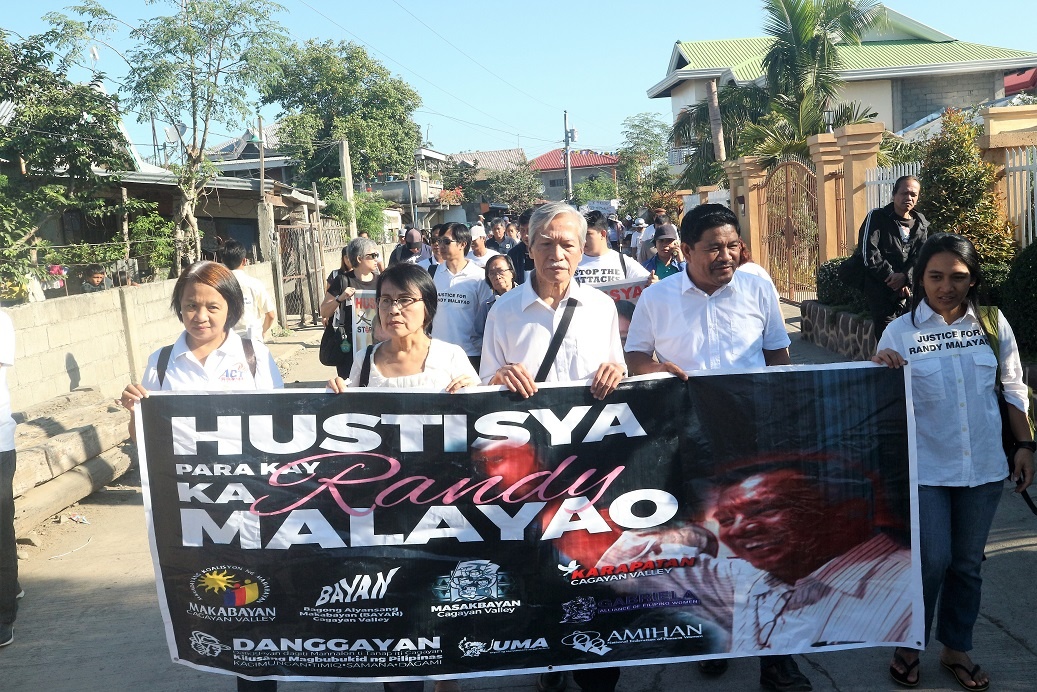 BAGUIO CITY— The Makabayang Koalisyon ng Mamamayan (Makabayan) in Cagayan Valley scoffed at the charges against the sister and friends of murdered National Democratic Front of the Philippines peace consultant Randy Malayao filed by the former police chief of Aritao town in Nueva Vizacaya.

“It is amusing to realize that the Chief of Police of Aritao has filed a case of obstruction of justice and grave coercion against the family and friends of the victim in regards to the return of the personal belongings of Randy Malayao to his immediate family,” Makabayan Cagayan Valley said in a statement.

The group said that allegations are “unimaginable,” pointing to the turnover that happened inside the police station where there were several armed police officers and intelligence personnel.

“In which case, which party then would have most likely have the capacity to exert coercion in such a situation,” the group added.

Cejes, together with Nueva Vizcaya police chief Senior Supt. Jeremias Aglugub were sacked for mishandling the investigation, particularly the release of the slain NDFP consultant’s belongings to his family.

Makabayan also underscored the need for an independent and impartial investigation of Malayao’s murder.

Earlier, the group lambasted the police “for not carrying out a scientific and thorough investigation” of the incident.

“We are aghast by the slapdash conduct of investigation by the responsible government agencies. Blaming the underground revolutionary movement is an easy excuse of the cruel murder of Randy Malayao.”

Makabayan pointed that PNP Region 2 made the same claim just hours after the killing of Roman Catholic priest Mark Ventura in May 2018, without the benefit of an investigation.

“The PNP and the AFP is skirting the issue of the declaration of the Commander-in-Chief, no less, that he will kill the leaders of the underground movement and its so-called “legal fronts”. And that the Pres himself ordered the formation of Death Squads,” Makabayan added.

Gunman shot and killed Malayao at dawn on Jan. 30 while sleeping inside a bus at a pit stop in Aritao. # nordis.net