BAGUIO CITY — Visitors will be able to pass by the famous lion’s head along the historic Kennon Road starting Valentine’s Day as the Department of Public Works and Highways (DPWH) said it will try its best to fast track the ongoing repairs to accommodate the request of local governments to open the road for public use.

Mogol stressed that the road will be “opened temporarily for light vehicles only”. Only vehicles weighing five tons and below will be allowed to pass through Kennon Road.

Director Tiburcio Canlas of the DPWH Cordillera told the media that they have tasked the contractor of the Kennon Road repairs to work 24/7 so the road could be temporarily opened on February 14 until the Panagbenga closes. He said that in the original program of work, the repairs were targeted to be finished by the end of March.

“Should there be delays, it would be two to three days but it will surely be opened before the Panagbenga main parades,” Canlas said.

“While we are fast tracking the repairs, we will not sacrifice structural stability,” Canlas added.

On January 17, the OCD, DPWH, Tuba town government and Baguio City government among others signed a memorandum of understanding for the regulation of Kennon Road.

Mogol said that after the Panagbenga only residents will have access to Kennon Road subject to the MOU.

The MOU allowed regulated access for residents only to Kennon Road. It provides that only 10 public utility vehicles plying the Baguio-Pozurubio Kennon route shall be allowed until Camp 1 only. It also states that barangay captains shall submit a list of private vehicles that would be allowed to pass. The list shall be updated as needed.

The MOU also tasked the Philippine National Police to install 24 hour checkpoints from Camp 1 to Camp 7. 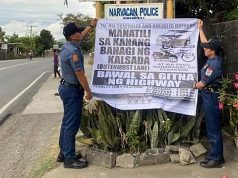 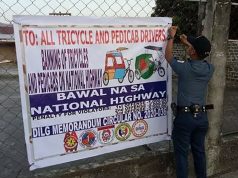