We are now in the middle of October which has been designated as Filipino-American History Month. Question is: Which history will you believe in the relationship of the two countries? Do you still believe that the United States, by virtue of its Manifest Destiny, saved the Philippines from tyrannical Spain and invader Japan; or, by its imperialistic designs, butchered millions of Filipinos during the late 1800s to the first decade of the 1900s to make the Philippines its colony?

I am just asking a question.

In my balikbayan visits to the motherland, some people I meet ask me if I am a US Navy veteran. To those I know I will never meet again, often, I play along just for the fun of it. I know enough Navy parlance due to having so many friends who had served that I say “yes” I am a US Navy veteran. Some leave it at that, impressed. Others have follow ups that I regal them with stories of commissary rights, ratings, how lonely life at sea was, blah-blah.

One time, however, a millennial asked me: “So, sir, in what ship did you serve?”

Not ready for the question, before I could think and catch my tongue, I blurted, “USS Arizona.”

He stared at me intently and I had to admit quickly that I was only joking to which he just smiled and said, “Of course, sir. You should be much older than you are now or buried beneath Pearl Harbor within the hull of the USS Arizona.”

So, what’s my point?

History is a story made up from the past, which could be true, twisted, revised – basically told by those who would benefit from the telling. When it comes to Filipino and American relationships, it should be considered that the first teachers of the Filipinos were the soldiers who subdued the Filipino revolutionaries. Thus, Macario Sakay was presented as a bandit and not a revolutionary hero. Also, the term FLIP became an endearing word to call the Filipinos instead of the derisive word used by the Indian war US veterans who used the term to call the natives as Fucking Little Island People.

And after the FLIPs were subdued, the Thomasites came by the hundreds to fan out throughout the archipelago to teach the natives. They would evolve the FLIP curriculum for Filipinos to learn English and present America as the Benevolent Assimilators of their Little Brown Brothers. They even made the sweet Maya as the Philippine National Bird because they could not present the fact that the Filipino Monkey Eating Eagle is much more humongous than the American eagle.

Thank goodness for the proliferation of data and stories now that are available through the internet. At least there are alternative ‘truths’ that could be gleaned on for one to consider which ones are ‘true’ or what would one want to believe as true. For whatever one would want to believe, at least, one could have other resources to base one’s beliefs on. And if one would just really study, ponder, and logically reason out, one might really arrive at the truth.

Of course, I, for one, might just be spreading what is now so called as fake facts. I do not claim to be the bearer of truth. That is for my readers to decide.

After all, now, when I am asked what ship I served in as a US Navy veteran, I say the USS Reagan. You know the one that had sorties that flew to bomb Iraq during the US invasion of the country. Of course, you know why the US attacked Iraq and, because the US and the Philippines has historical friendly relations, the Philippines volunteered a token military contingent as one of the coalition forces.

The US said that Iraq had weapons of mass destruction.# nordis.net 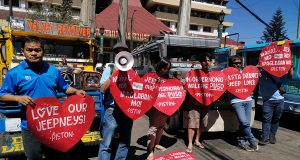