The first part of the 2017 Cordillera Day commemoration is the unveiling of the marker dedicated to the heroes of the Chico River Struggle in the 1970s, such as Macliing Dulag, Lumbaya Gayudan and Pedro Dungoc, Sr. on April 23 at Sitio Iker, Tinglayan, Kalinga.

The name Macliing Dulag is always recalled whenever the historical Chico Dam struggle is remembered. Macliing was a true leader and a hero that united the people to fight against the project that will destroy villages in Kalinga and Bontok.

Ama Macliing, a pangat (peace pact holder) was the youngest of the five children born in the village of Bugnay, of the Butbut tribe in Upper Tinglayan, Kalinga. His descendants estimate his birth year to be in the early 1930s.

His resistance against the Chico River Basin Development Project in 1965 and refusal of bribery led to his death on the night of April 24, 1980. The government deemed him to be a thorn. Ama Macliing was assassinated by soldiers led by Philippine Army Sgt. Leodegario Adalem while he was at home. His friend and closest ally Pedro Dungoc, Sr. who was next door, was also wounded but survived to take on the leadership for the struggle against the Chico Dam Project.

Pedro Dungoc Sr., also known by his native name Awi-ang, was born in 1943. He was the eldest of three children. He worked as a farmer, a telephone operator and a teacher in the village of Bugnay, Tinglayan, Kalinga. He was known as the right-hand man of Macliing Dulag because they were often together as the leaders of the struggle against the Chico Dam Project. Being one of the few literate people in Bugnay, he accompanied Macliing Dulag in his travels and translated for him.

Because of the death of his friend, Macliing Dulag, and the injuries he took during the assassination on the night of April 24, 1980, he realized that the fight against the Chico Dam and Marcos dictatorship cannot be solved through legal means alone. Thus, he joined the New People’s Army (NPA). He continued organizing the people and inspired youths to join the NPA.

During a storm in June 22, 1985, Pedro was seriously injured that led to his death. A dying tree fell on their tent pinning Pedro and his companion. His companion, Daniel of Uma, died instantly. Because of his injuries, the pouring rain, and the distance from medical facilities, Pedro Dungoc Sr. died a few hours later.

Ama Lumbaya was born in 1932 in the village of Ngibat. He was also a pangat (peace pact holder) like Macliing Dulag. He was very interested in maintaining peace through the bodong (pace pact). He united and ended the tribal war between two tribes and they forged deeper unities against the common and bigger enemy- the Chico dams and the Marcos dictatorship.

As one of the leaders of the anti-Chico dam struggle, he held mass meetings in the villages along the Chico River to explain how the dam project will submerge their communities and displace them from their rice fields and forests. He went from community to community to explain the destructive project. In 1978, Ama Lumbaya started receiving death threats. This heightened after the death of Macliing Dulag in 1980. This led him to join the New Peoples Army (NPA). There he continued organizing and educating the people especially the youth. In 1984, during the bombings and pursuit operations by the military, Ama Lumbaya took shelter in the forest, where he caught pneumonia and died. # nordis.net 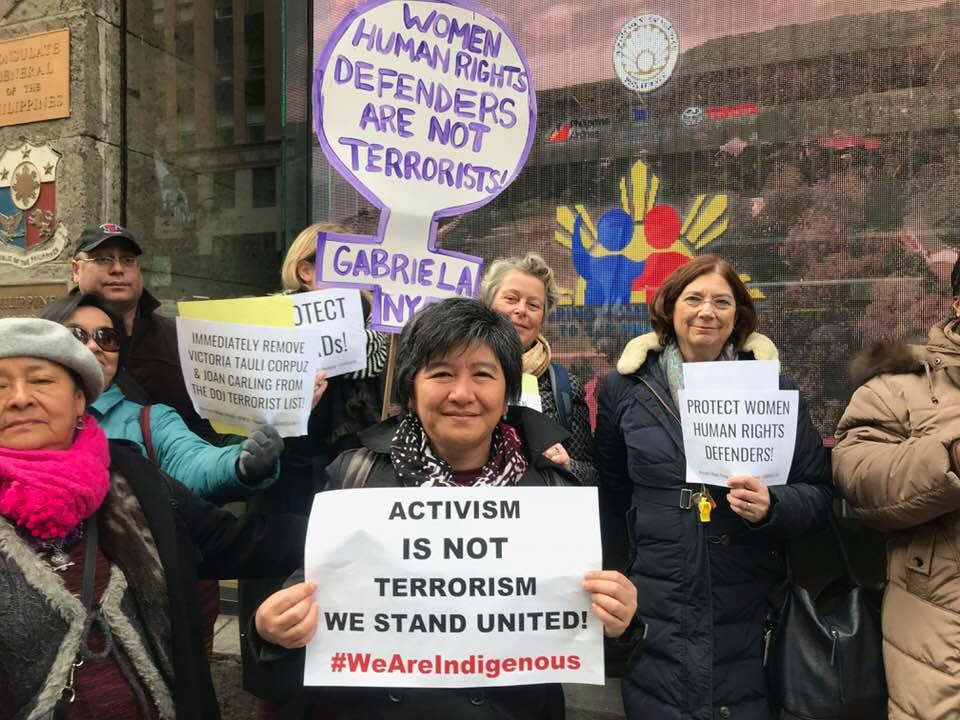