TUGUEGARAO CITY — Indigenous communities like Zinundungan Valley in Rizal town, Cagayan province that have long been neglected and militarized will benefit from the continuation of the peace talks between the Philippine Government (GPh) and National Democratic Front of the Philippines (NDFP), according to a human rights defender in Cagayan Valley. 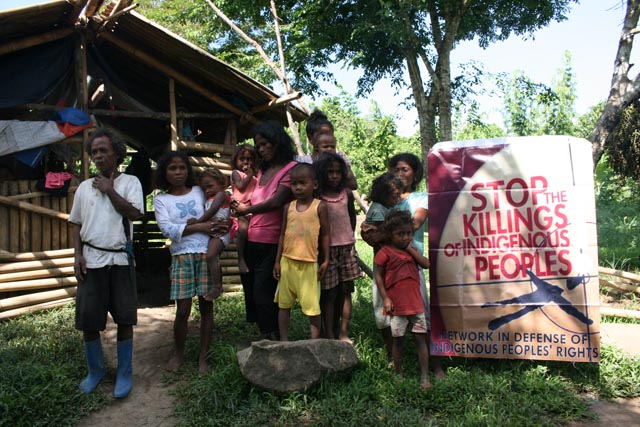 Romela Liquigan, regional coordinator of Krapatan Cagayan, said indigenous peoples should really be part of the peace process because they are among the most affected. She said areas identified to be strongholds of the New People’s Army (NPA) by state forces are militarized and impoverished.

“The openness of the present Duterte administration to the peace talks is very much welcome and we are hopeful that the talks will result to concrete agreements that will address poverty and human rights violations, which are the root causes of the more than 40 year civil war in the country,” she said.

Liquigan said Zinundungan Valley is composed of three barangays that include Bural, Masi and San Juan. It is home to three indigenous people’s (IP) groups, the Malaweg, Aggay and Kalinga who have long been suffering from lack of or absence of basic social services coupled with militarization since the 1970s.

“The IPs of Zinundungan has along history of defiance and struggle in protecting their resources and asserting their rights that spans nearly five decades until today,” Liquigan said.

Liquigan said the major source of livelihood in Zinundungan is farming. She said that their main produce include rice, corn, bananas, coffee and vegetables. She said they also harvest resources from the forest that include fruits, timber and rattan among others.

Liquigan said that the inaccessibility of the Zinundungan alone is concrete evidence of decades long government neglect. She said that the present road condition can only be traversed by farm tractors and dump trucks. “Other transportation options would be the old dependable Carabao sled, horses and your most reliable foot wear,” she said.

Liquigan added that Zinundungan villages have one elementary school in Barangay San Juan but does not have any clinics. She said only a midwife regularly visits the villages. She said the villages rely of power generators and a few solar panels for electricity. She said they still fetch water from the natural springs because no water system is in place.

“But what is worse is that amid the absence of basic social services, Zinundungan is marked by the Armed Forces of the Philippines (AFP) to among the strongholds of the New People’s Army (NPA) and accuses the IPs to NPA supporters or members,” she said. 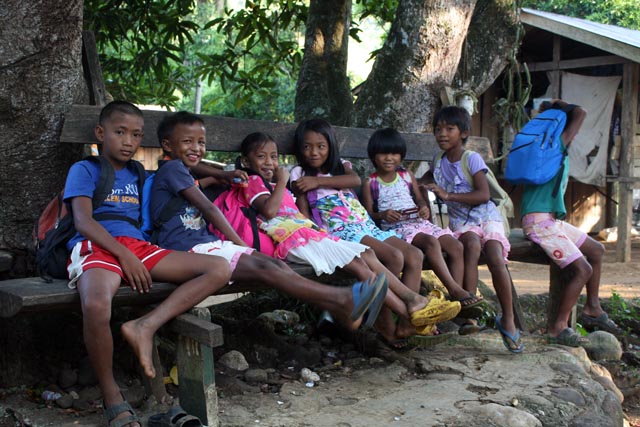 Students of the San Juan Elementary School in Zinundungan Valley.

“The peace talks is now on the Comprehensive Agreement on the Socio Economic Reforms (CASER) which will directly address the lack of social services and economic opportunities in Zinundungan and other IP villages in the country,” she said.

Liquigan pointed out that the first agreement signed between the GPh and NDFP during the term of former President Joseph Estrada was the Comprehensive Agreement on the Respect for Human Rights and International Humanitarian Law (CARHRIHL) which outlines the rules of engagement for the warring NPA and state forces.

“State forces do not respect the provisions of CARHRIHL that leads to the continuing perpetration of human rights violation against the people,” she said.

It is towards this line that the International Indigenous Peoples Movement for Self Determination and Liberation (IPMSDL) is calling for support to the on going peace talks in the country. 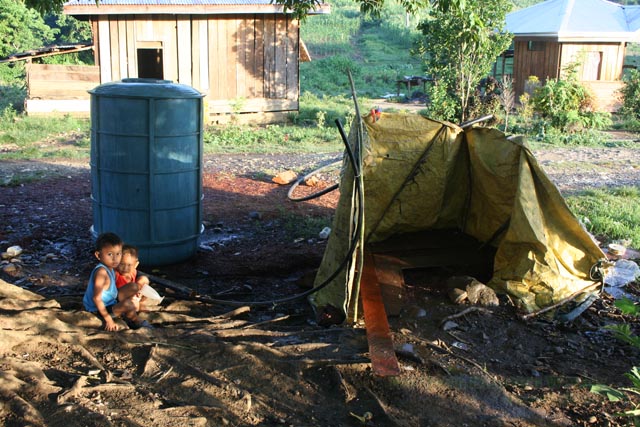 A conventional bathroom in the Malaweg village in San Juan, Rizal, Cagayan. The residents fetch water from a spring to fill the tank.

Beverly Longid, global coordinator of IPMSDL said they are now gathering support across the globe to encourage the peace talks towards a just and lasting peace. She said that the over four decades old civil war in the country have resulted to tens of thousands of extrajudicial killings since the late 1960’s where thousand of IPs were included. She added that hundreds more of IPs have been forced to leave their homes due to militarization and continuing human rights violations.

Longid said that IPs in the country and the world over remain to be the most marginalized sector. “We are being denied of our right to our land, to self determination and to life to give way to environmentally destructive projects of greedy corporations that include large scale mining and mono-crop plantation among others,” she said.

“Our resistance to these destructive projects in defense to our ancestral lands and life is met by government with increased militarization of our communities that maintains a viscous cycle of human rights violation killing our people,” Longid said.

Longid said they welcome the resumption of peace talks which gives a chance for a just and lasting peace in the country. “We hope that the peace talks will put a stop to the violation of civil and political rights of indigenous peoples and that it would result to the signing of an agreement that would uphold and safeguard the economic, social and cultural rights of Filipinos and the IPs rights to self determination, land and life,” she said.

But Longid said the Filipino people especially the IPs should remain vigilant against individuals and groups with vested interests that would derail the peace process to protect their own interests.

“We call on all indigenous peoples, IP rights advocates and all peace loving people of the world to support the peace process in the Philippines,” Longid said. # nordis.net 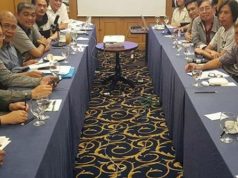 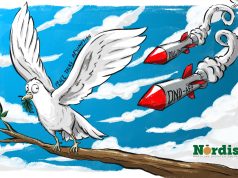 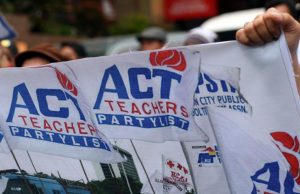 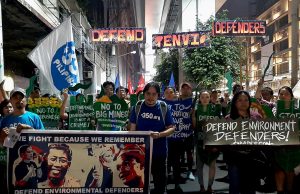