BAGUIO CITY — More than 500 anti-mining activists and advocates from different towns of Northern Luzon expressed unity on programs to save the environment and resources together in the first Northern Luzon Mining and Human Rights Summit held from December 13-15 of 2011 at the Quirino Hall, Teachers’ Camp. On the theme “Defend and preserve our national patrimony against foreign big business plunder! Assert our rights to life, land, culture, food security and development!”, the three-day summit aimed to study the relation of mining projects to the human rights situation in Northern Luzon, vis a vis national and international developments.

It was also geared to sum up the economic, social, cultural, environmental and human rights impact of ongoing large scale mining operations in mine affected communities according to experiences shared by the participants.

The event was also aimed at drawing up a people’s position and declaration on the ongoing large-scale mining (LSM) development projects which shall be addressed to concerned duty bearers and stakeholders. The peoples’ participation substantiates and aims to also express and project the mounting people’s protest on destructive and irresponsible LSM.

Inong said that all of the delegates including him came together as victims of the continuous environmental and human rights violations. He added that it is hard to celebrate as the Philippines rich natural resources are being enjoyed by the few elite. He also said that many are impoverished because of the rampant violation of the people’s rights to resource development.

Inong said the event is timely as the country especially the Cordillera, Ilocos Region and Cagayan Valley are tattered by mining applications.

He also said that they as members of the church sector are united with the people and welcoming the challenge to save mother nature from destruction and to uphold human rights.

Bayan Muna Party List Representative Teddy Casiño who delivered the keynote speech said that it is high time to raise the struggle to end the government’s policy that allows foreign and local big business to plunder the finite mineral resources.

He added that Bayan Muna stands with the indigenous peoples, mine workers, environment defenders, nationalist businessmen and the rest of the Filipino people who view mining as highly important to nation building. But Casiño said that it is also important to note that the country’s wealth of metallic and non-metallic mineral resources is finite and needs to be reserved for Filipinos and their development.

According to Casiño, the country’ current mining policy as exemplified by the Mining Act of 1995 or Republic Act 7942 that has kept the Philippine mining industry to mere extraction and the export of mineral ores for the needs of the international market.

He said that the law allows foreign mining corporations to control the country’s national patrimony without developing downstream industries and the continued dependence on speculative foreign capital, technical expertise and technological advances.

The congressman said that because of the years of difficulty the PMA of 1995 has brought the people, Bayan Muna filed the People’s Mining Bill or the house Bill 4315 to replace it. He explained the bill is a complete opposite of the current mining act. He stressed it is in fact an articulation of the People’s Mining Policy. He said that it is already with the House Committee on Natural Resources of the 15th congress and is now being consolidated with other positive mining bills.

Up next is a presentation of the national and international developments on mining in the context of globalization by Ibon Foundation Rose Bella Guzman. The speaker of Ibon Foundation, an independent think tank explained the global mining trends, the implication of globalization on mining and the debunking of the myth that mining is at present contributing much to the economy.

Roxanne B. Veridiano of the Kaduami-NL presented the situation of mining, human rights and disaster impacts in Northern Luzon.

Testimonies from the delegates coming from the different parts of North Luzon followed afterward. Here, they shared their concrete experiences from the impact of mining and their struggle to save their environment and their resources.

Jill Cariño, convenor of the Philippine Task Force for Indigenous Peoples Rights (TFIP) synthesized the testimonies of the participants. She discussed the gains and lessons in the mining struggle. She presented the steps the people have taken before, during and after their fight against the LSM corporations and environment plunder.

Speakers on the second day charted the different environmental defense and legal tactics, challenges and specific concerns that may be considered which the delegates took up in workshop groups aimed to draw advocacy plans in anti-mining campaigns.

The second day the summit drew up the Northern Luzon Action Plan on the anti-mining campaign draft along with the NL People’s Mining and Human Rights Declaration.

On the consensus for the plan and declaration the participants’ commitment was concretized in the formation of the environmental defenders’ network, “Amianan Salakniban” (Defend the North).

Concluding the summit, delegates picketed in front of the Mines and Geosciences Bureau of the Department of Environment and Natural Resources-Cordillera Administrative Region (MGB-DENR-CAR). This was followed by a march-rally in commemoration of the International Human Rights Day and a visit to the mining-affected communities in the province of Benguet. # nordis.net 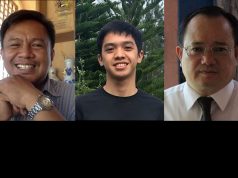